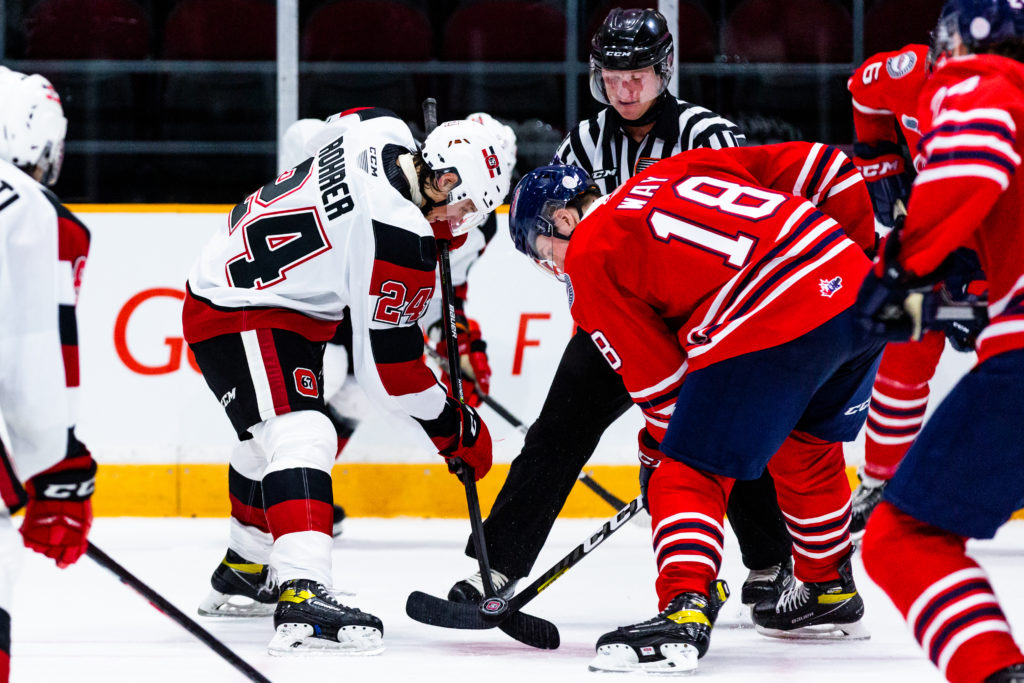 The time has come: the Ottawa 67’s are ready to drop the puck on the 2022-23 Ontario Hockey League season.

It all begins tonight, live from the Tribute Communities Centre in Oshawa, the Barber Poles will pay a visit to the Oshawa Generals, in search of an Opening Night win. Puckdrop is set for 7:35pm ET, and 67’s fans can watch live on CHL TV. Kenny Walls has the radio call on TSN1200.ca .

A young, upstart group of 67’s — led by first-year Head Coach Dave Cameron — rode a 28-31-9 record to a seventh-place finish in the Eastern Conference, last season. Austrian import Vinzenz Rohrer, who would go on to be drafted in the third round by the Montreal Canadiens, powered the team offensively, helped by the likes of youngsters in Brady Stonehouse, and Luca Pinelli.

The veteran presence was also important for Ottawa; in the likes of Jack Matier (Nashville Predators), Jack Beck (Calgary Flames), and the late-season arrival of Tyler Boucher (Ottawa Senators).

In goal, Max Donoso takes over the starting job, coming off of a season in which he won 11 games, earned his first career shutout, and posted a .906 save percentage.

The postseason saw the 67’s give the second-placed North Bay Battalion all they could handle, losing all but one game in the series by one goal, but the Barber Poles ultimately fell in four.

The Generals finished just two points ahead of Ottawa, a season ago, good enough for sixth place in the East. They were eventually knocked off in six games by the Kingston Frontenacs, in Round 1.

Oshawa kicked off their season with a visit to the Barrie Colts, last night, earning a 2-1 victory, thanks to goals from Beckett Sennecke, and Dylan Roobroeck. Patrick Leaver stopped 24 of 25 shots for his first win of the season.