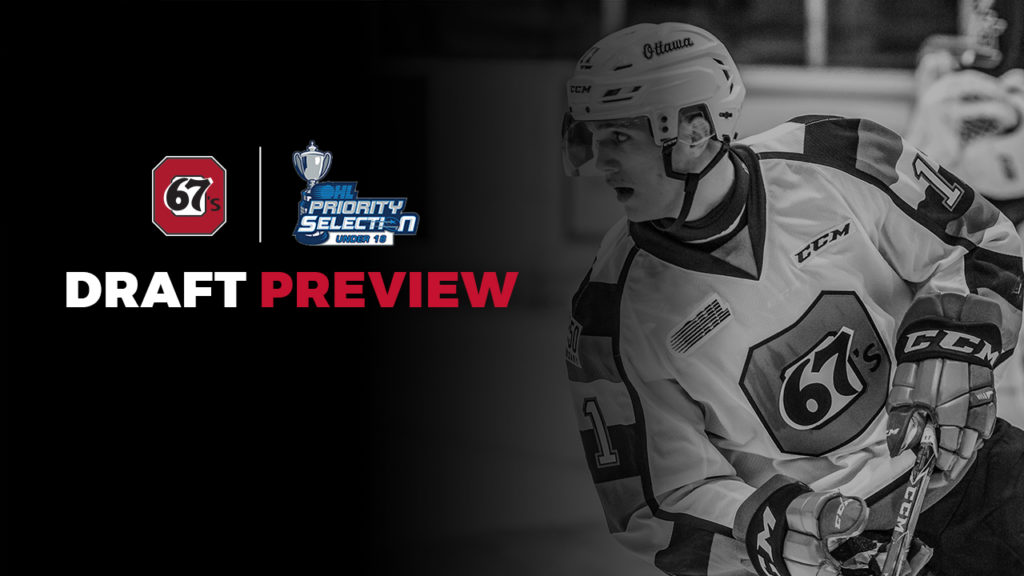 The Ontario Hockey League today will conduct the 2nd annual OHL Under-18 Priority Selection for Midget AAA hockey players in Ontario on Wednesday, April 11 at 7:00 PM.

Last season, the Ottawa 67’s added five players to the organization through the inaugural OHL U-18 Draft.

For the 2018 U-18 Draft, all OHL Member Teams are required to draft a minimum of two players, however to enhance opportunities specifically for goaltenders, clubs selecting a goaltender with one of their selections have the option to select another player (skater only) in an additional round.

This year, the OHL reduced the picks each team can make from four (4) rounds to two (2) rounds. The extra pick option for clubs that select goaltenders will remain.

Eligibility for the 2018 OHL Under-18 Priority Selection includes all Midget players (2000 and 2001 birth years) not currently on an OHL Member Team Protected List who are carded with an Ontario based Midget AAA Hockey Club within the Ontario Hockey Federation, Hockey Eastern Ontario, or Hockey Northwestern Ontario in the current season.

Picks are submitted online by OHL member clubs and displayed in real-time at ontariohockeyleague.com accompanied by an audio stream.