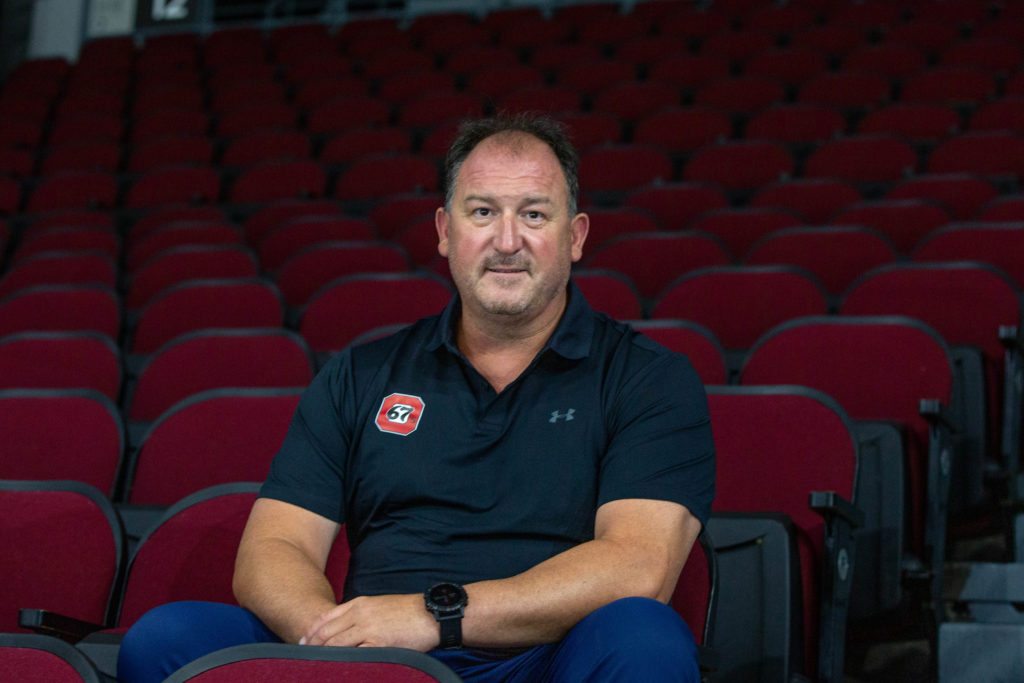 The Ottawa 67’s have promoted Joel Washkurak to Manager of Player Development, after having spent the past four seasons as a member of the 67’s scouting staff.

“Joel has been an integral part of our scouting staff during his time with the 67’s,” said general manager James Boyd, “He will be an enhanced benefit to our organization with additional responsibilities monitoring the OHL, and the development of our young prospects.”

As a player, Washkurak was drafted by the Kingston Frontenacs in the sixth round of the 1989 OHL Priority Selection, before appearing in three seasons with the Frontenacs & Owen Sound Platers. From there, Washkurak continued his involvement in the Ontario Hockey League, becoming a member of the OHL’s officiating team for 17 seasons, up to and including the 2011-2012 campaign.

His son, Keean Washkurak, has starred for the Mississauga Steelheads for the past four seasons, and was drafted in the fifth round of the 2019 NHL Entry Draft by the St. Louis Blues.

The Barber Poles return to preseason action on Saturday, September 18, for a 7:00pm EDT puckdrop with the Kingston Frontenacs, at the Leon’s Centre. It’s also the same place that they’ll open the 2021-2022 regular season, on October 8, before returning to the Arena at TD Place to take on the same Frontenacs on October 10.