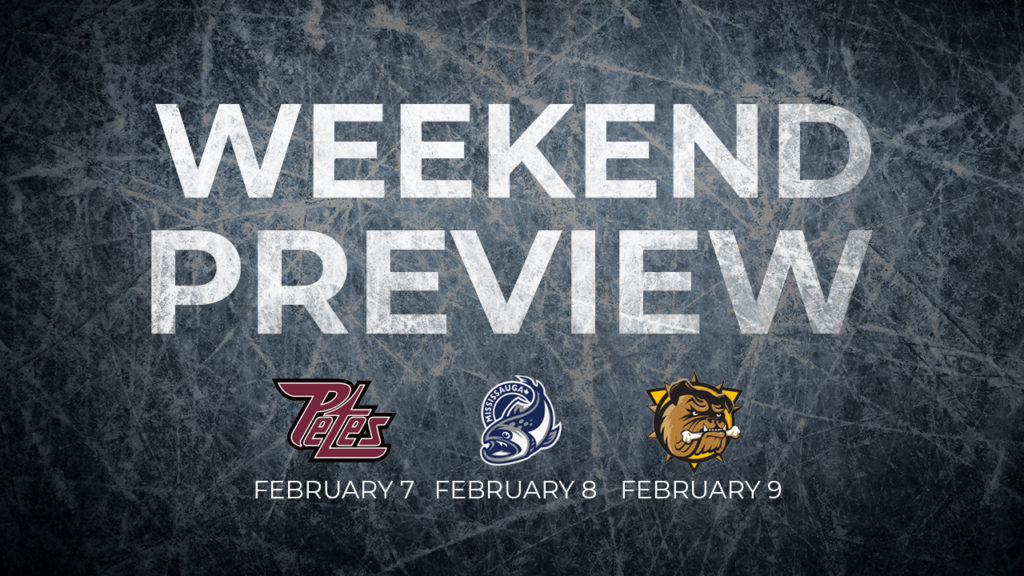 Winners of eight straight, the Ottawa 67’s hit the road Thursday to kick off a three-in-three road trip, that will see them make stops in Peterborough (Thursday), Mississauga (Friday) and Hamilton (Saturday).  In those last eight games, Ottawa’s dynamic offence was able to score 44 goals, while only allowing 17.  The Barber Poles will be looking to stay hot in this road trip, in which they could be without goaltender Mikey DiPietro, after the netminder was called up on an emergency basis by the Vancouver Canucks.  However, this could allow Cedrick Andree to hit 30 wins as soon as this weekend, which would make him the fastest OHL goalie to reach that milestone.  Andree currently leads the league in wins with 28.

Only one team in the OHL has scored more goals than Ottawa’s total of 226 this season, while only one team has allowed less than Ottawa’s 137 goals allowed this year, which gives the team one of the league’s top goal differentials.  Not only does Tye Felhaber lead the OHL in points with 91, but he also dominates the league in the goals category, with 53 in 51 games.  His linemate, Austen Keating, also leads the OHL in the assists column, while the other third of that line, Austrian forward Marco Rossi, leads the league in rookie scoring with 51 points.  Rossi missed almost two months of action due to an injury earlier this year, making his feat even more impressive than it already is.

Over the course of this season, Ottawa has beaten all three of the teams that they will be facing over the week-end, which gives them an extra boost of confidence to a team that already oozes swagger.  However, with all these teams looking to battle to secure their payoffs spots, all three of those games will be very difficult for the Barber Poles, especially on the road.

The last time these two teams played against one-another was not too long ago – January 18th to be precise, when the Barber Poles shut out the Petes 4-0 on Dunder Mifflin Night.  Four different players found the back of the net on that night, while Mikey DiPietro had stopped all 15 pucks directed at him for the shutout.  Since then, the Petes have only won two games, and the team has only won two out of their last ten.  Defenceman Ryan Merkley leads the team in points with 55 in 46 games so far this season, while draft eligible player Nick Robertson has been one of their bright spots offensively, as the second year player has put up 40 points in 36 games and is shaping up nicely to be drafted in the first two round of the upcoming NHL Entry Draft.  Robertson has had six points in his last three games.  In goal, Hunter Jones has been solid this season, earning 22 of the Petes’ 24 wins while also putting up two shutouts.

The last time Mississauga and Ottawa met was back in mid-October, when the Steelheads still counted on the likes of superstar forwards Ryan McLeod and Owen Tippett, who both ended up being traded to the Saginaw Spirit over the course of the season.  Leading the charge offensively is American forward Alan Lyszczarczyk, who was acquired from the Owen Sound Attack early in the season.  Lyszczarczyk has totaled 60 points in 46 games so far this season for Mississauga, who got a lot younger throughout the year, explaining why the team is currently battling for a playoff spot.  The Steelheads have a total of 52 points in the standings, good enough for fifth in the Eastern Conference, while three teams are all tied up at 50 points behind them, making every game until the end of the season crucial for this team.

Having beat the Bulldogs twice already this season, Ottawa will be playing the final game of this three-in-three road trip in Hamilton, looking for their third wins in as many games against the ‘Dogs.  After winning it all last year, it is obvious that the Bulldogs are more in a rebuild phase as of right now, as they got younger this year after losing a ton of key players.  The two players carrying the offensive load for the Bulldogs: Arthur Kaliyev and Matthew Strome.  Kaliyev, a top prospect for the upcoming NHL Entry Draft, has tallied 75 points so far this season in only 50 games, pretty much making him a lock for the first round this summer.  As for Strome, the Philadelphia Flyers prospect has been a leader for this Bulldogs team who is looking to dig deep and qualify for the OHL playoffs.  Currently on a three-game losing streak, Hamilton will be trying to get back in the win column against the OHL’s top team.  Last time these two sides played one-another, Ottawa came out with a 5-3 win, as rookies stood out when Alec Bélanger scored his first OHL goal and Marco Rossi added two.