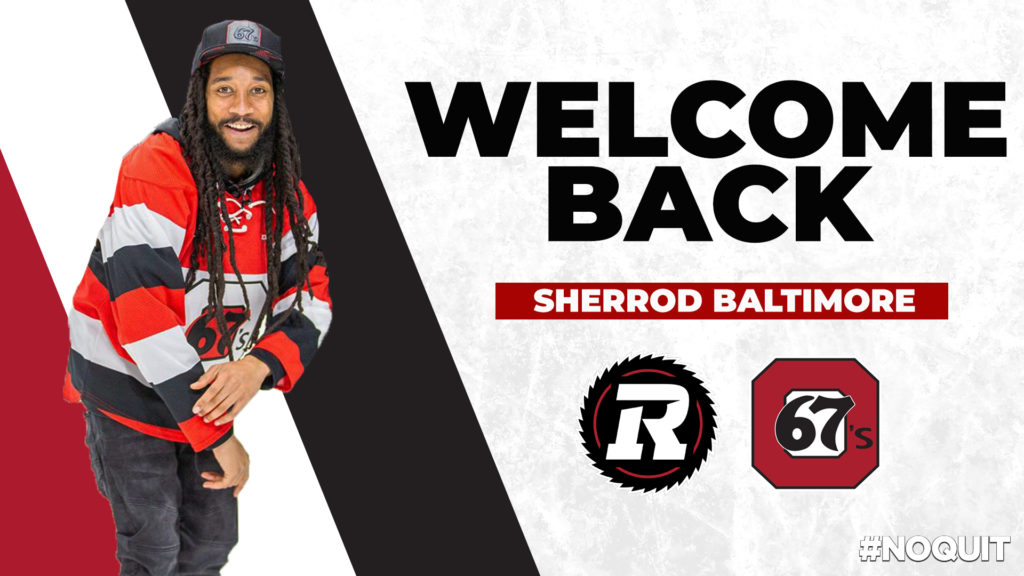 The Ottawa 67’s have signed super-fan Sherrod Baltimore to an extension the club announced on Wednesday.

“It feels good to be back in Ottawa where I belong. Everyone in Canada knows I want to be here,” said the 27-year-old from Fort Washington, MD. “We have some unfinished business to take care of and I can’t wait to support the 67’s with the best fans in the OHL while they compete for an OHL Championship and Memorial Cup.”

Sherrod’s fandom doesn’t go unnoticed with the players and staff as 67’s Head Coach Andre Tourigny had the following to say but this massive extension.

“We are very proud and consider ourselves lucky to be able to count on our number one fan, Sherrod Baltimore, for another year,” said 67’s Head Coach, Andre Tourigny.  “Sherrod is part of the heartbeat of our fan base and the players always feed off the energy he brings when they see him at the rink, we’re happy to have him and look forward to seeing more of him for one more year.”

“Knowing his bread and butter is on the defensive side of the football, Sherrod has been talking and helping out our defensemen behind closed doors, which has played a major part in our defensive success and our league-best 112 goals against,” said Tourigny.

You can catch Sherrod and the 67’s inside The Arena at TD Place by getting tickets here.

For details on Sherrod’s extension with the Ottawa REDBLACKS, please click here.