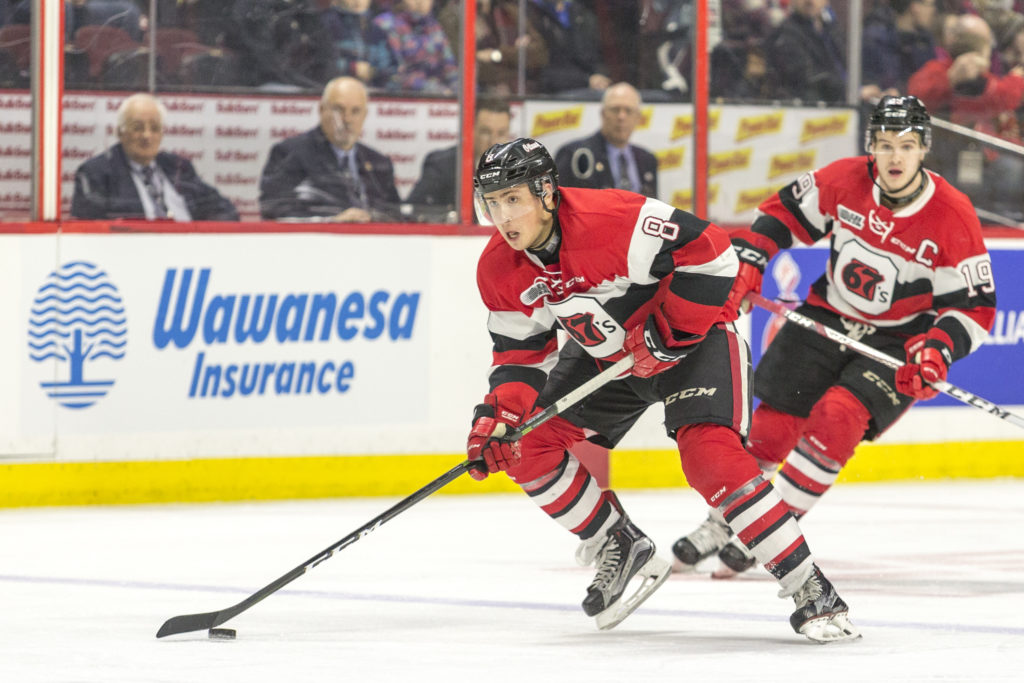 With the weather outside making it seem more like mid-summer than the start of hockey season, the puck is set to drop on the Ottawa 67’s 50th Anniversary season home opener on Sunday night against the defending OHL Champions Erie Otters. 67’s Head Coach André Tourigny, his staff and players are ready and excited for Sunday night.

While Thursday marked the official beginning of a new season, Tourigny and his staff have spent months implementing a system which was then drilled into the players during training camp. There’s an air of excitement at the rink that appears to indicate early buy-in from this year’s crop of rookies up to the returning veterans who will look to give Ottawa fans plenty to cheer about as the city celebrates five decades of Major Junior hockey.

“We’re very excited, we think we have something special here,” said Tourigny. “There’s a lot of enthusiasm, a lot of energy. Everyone has the feeling we can really do something.”

Tourigny said his focus will be more on his team’s execution than on final results.

“We liked what we did in Rockland (in the team’s final pre-season game last Friday),” said the coach. “We went out there and battled hard, we played with a lot of intensity and pace. That’s what we expect. We expect to get better every day, but most important is the culture we want to have. It’s the effort first; it has to be relentless. We want to go out there and be proud of ourselves at the end of the game.”

While Tourigny is no stranger to home openers, he said he’s particularly excited about kicking off the 2017 campaign in Ottawa.

“I’ve been behind a bench for the last 20 years but this one will be a special one, so I’m looking forward to it,” he said.
67’s games on tap:

Saturda, September 30 – Ottawa 67’s at Flint Firebirds (7 p.m.)
Follow the action LIVE:
TV: Rogers TV | Radio: TSN 1200 | Online: OHL Live
67’s single-game tickets start at $12 and are available at Ottawa67s.com/Single-Game-Tickets, by calling 613.232.6767 or in person at The Box Office at TD Place. All minor hockey players part of the 67’s Prospect Program get in for FREE. For more information on the 67’s Prospect Program click here.