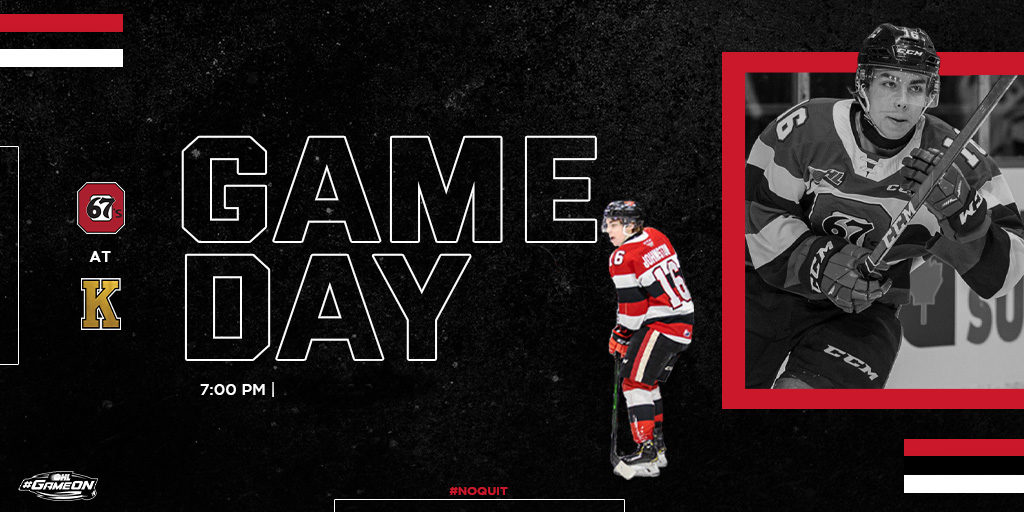 After a well-earned 12-day break following their preseason opener, the Ottawa 67’s return to exhibition action tonight, in a road showdown with the Kingston Frontenacs at the Leon’s Centre. Puckdrop is scheduled for 7:00pm EDT, and Barber Poles fans can catch all the action live on the Frontenacs YouTube channel.

The 67’s are coming off of a preseason-opening victory in Peterborough, on September 6. Cam Tolnai scored the opening goal, before rookies Chris Barlas and Cooper Foster found the back of the net in the shootout to down the Petes by a final score of 2-1. Goaltenders Will Cranley and Collin MacKenzie were exceptional in tandem duty, stopping 34 of 35 Peterborough shots.

For the Frontenacs, they enter this contest on the back of a 9-2 win over those same Petes, on Thursday. They were led by forward Paul Ludwinski’s three goals and one assist, while fellow forward Christopher Thibodeau added three points of his own.