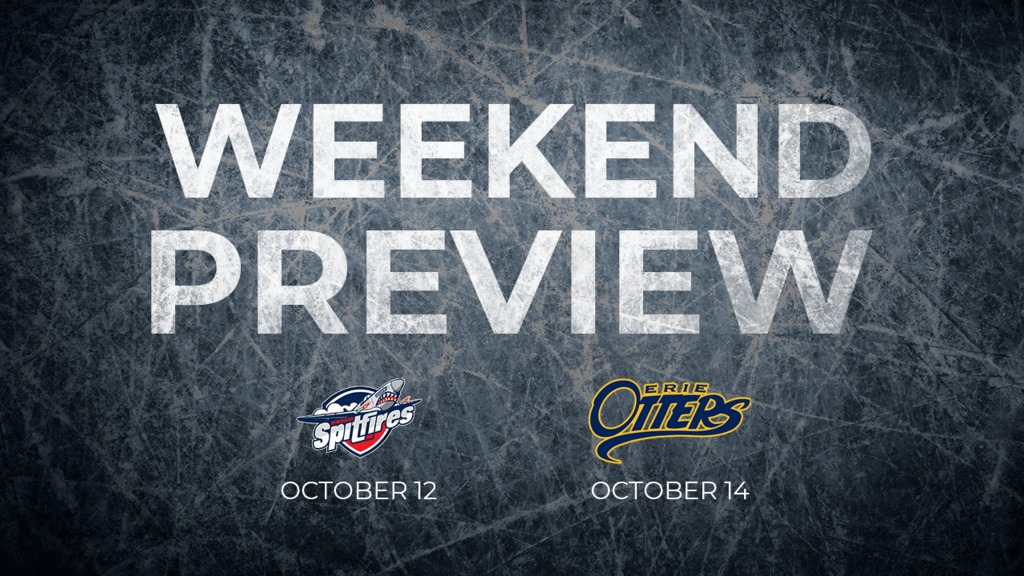 Winner of three-straight games – all at home – the Ottawa 67’s will look to keep rolling this weekend with two games at TD Place on the schedule.

After beating the Kington Frontenacs in a convincing 4-1 decision on Thursday, Ottawa will host the Windsor Spitfires on Saturday evening for the first meeting between the two sides this season.  The 67’s will the host a special REDBLACKS-themed game Sunday afternoon as the Erie Otters will be in town for the RNation Takeover.

The Barber Poles are sitting atop of the East Division standings and tied for the OHL lead in points with Sudbury, both teams having 6 wins and 12 points on the year. The 67’s are counting on two players in the top 3 of the OHL scoring race, with Tye Felhaber and Austen Keating both tied for second top scorer with 14 points each.

Sitting at 4th in the West Division, the Windsor Spitfires still seem to be trying to find their groove in this early start to the season.  After winning their first game of the year against a good Guelph side and then going on to score seven goals in their third game of the season, Windsor has been up and down of late.  However, this team is certainly not one to take lightly, especially if you take a look at what they did a week ago, shutting out a strong London Knights team in a 2-0 win.  For the Spitfires, their key player stands in front of their net.  Michael DiPietro, who is a Vancouver Canucks 3rd round pick in 2017, is one of the CHL’s top goaltenders.  Last year, DiPietro put up 29 wins, 2.79 goals against average and a .910 save percentage.  He may not have the supporting cast that he used to, but the Spitfires do count on several talented players, such as Vegas Golden Knights draft pick Connor Corcoran and third-year player Tyler Angle, who has so far amassed 5 points in 6 games.

With only one win so far this year, a hungry Erie Otters team will be in town on Sunday.  The Otters absolutely crushed the Flint Firebirds in their opening game by a score of 12-1, but haven’t been in the win column since.  After a three game home stand, Erie will now be on the road as of Thursday in Peterborough, kicking off a two game road trip that will end on Sunday at TD Place.  Youth seems to be a theme for the Otters this year, with eight players on their roster born in 2001 or later.  Kyle Maksimovich seems to be leading the charge this year for Erie, with 8 points in 5 games.  Christian Girhiny has also stood out, with 7 points.  The young Otters will be looking to snap a four-game losing streak as soon as Sunday against the Barber Poles.