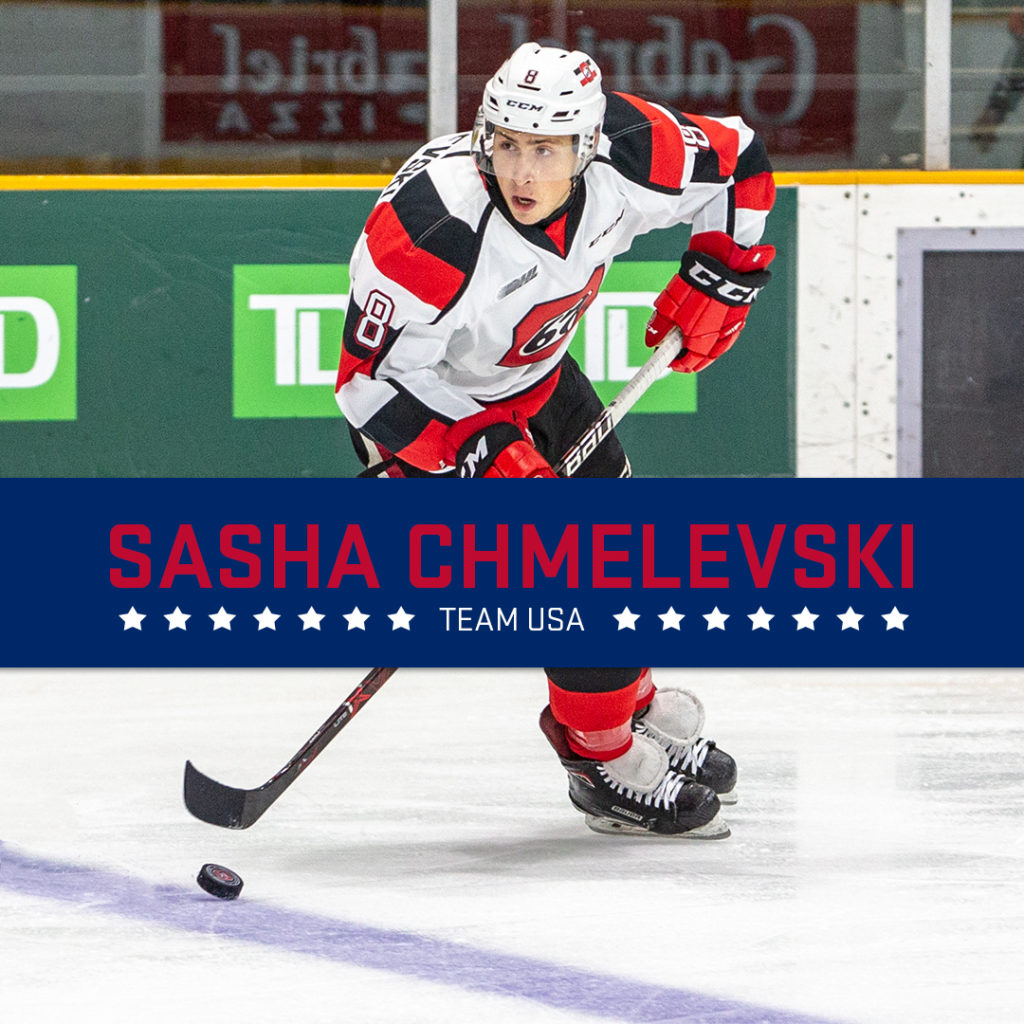 Ottawa 67’s forward Sasha Chmelevski has been named to USA Hockey’s preliminary roster for the 2019 US National Junior Team that will be competing in the 2019 IIHF World Junior Championship.

Chmelevski will be battling along with the other top American-born players under the age of 20 for a spot on the team.  Team USA’s selection camp runs December 15-17.

‘’It’s special, I’ve been waiting for this opportunity for a long time, and now that it’s here, I couldn’t be happier,’’ said Chmelevski.  ‘’It would mean everything to me to wear the Team USA jersey, I’ve been watching the World Juniors forever, just watching these guys representing their country and that’s all I want to do.’’

Chmelevski has been on fire for the 67’s.  The Northville, Michigan Native is currently on an eight-game point streak, in which he has put up five goals, 16 assists for 21 points. He has 36 points in 27 games for the Barber Poles this season.