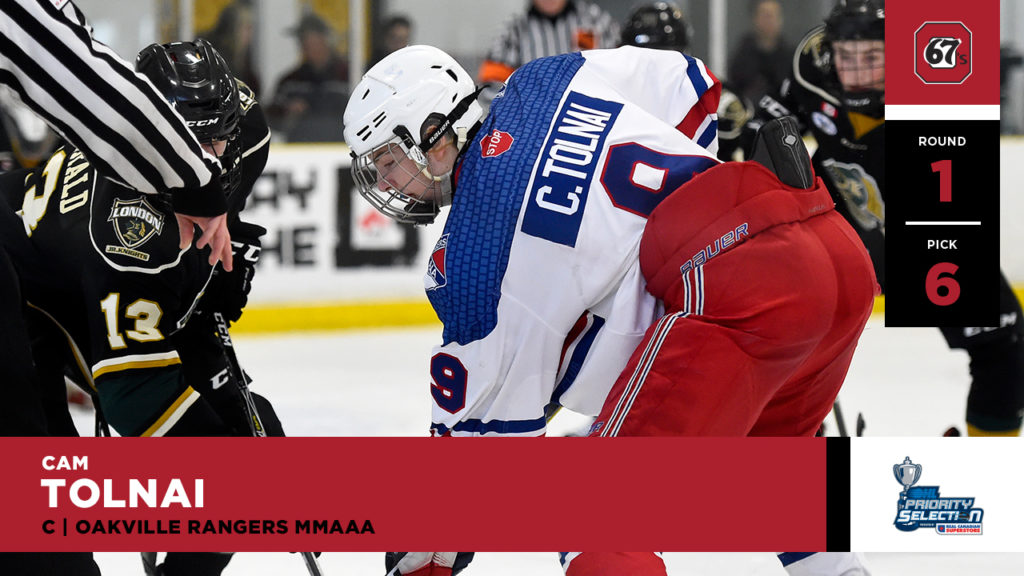 The 16-year-old Oakville native comes to Ottawa fresh off a dominant Minor Midget season in which he scored 31 goals and 80 points in 35 games for the Oakville Rangers.

The left-handed centre, listed at 6-foot, 165-pounds, was a clear choice for General Manager James Boyd, Head Coach Andre Tourigny and the rest of the Barber Poles scouting staff to become the latest in a long line of talent selected in the first round by the Barber Poles.

“Cam is an extremely intelligent centre and playmaker who is a consistent point producer,” said 67’s General Manager James Boyd. “He has a lot room to grow his game and he’s going to have a chance to develop with the 67’s into an elite offensive talent.”

Keep up with all the draft action here.