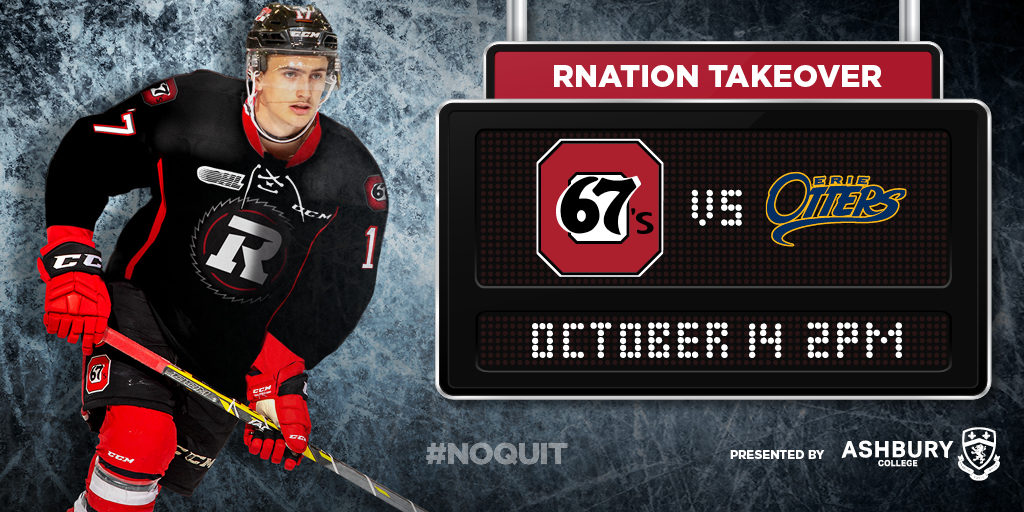 It’s no secret that the 67’s play their games underneath a football stadium. Next Sunday, October 14 at 2:00PM we’re bringing the football underground into The Arena at TD Place for our RNATION game!

We’re inviting our football friends to the game and be sure to stop by the REDBLACKS Fan Zone pre-game from 1:00pm-2:00pm in the East End Zone! We’ll have the Cheer and Dance Team there as well Greg Ellingson, Diontae Spencer, William Powell and more doing skills and drills with you, the fans!

We’ll then have the ceremonial puck drop done by one of the guys player and to cap it all of the 67’s will be wearing alternate REDBLACKS jerseys.

We know what question you’re thinking. Yes they’ll be signing autographs after the game and be sure to bring your skates and join the 67’s on the ice for a post game skate too!

Hit the button below and choose tickets in the South Side GA section to get a $25 ticket, hot dog, and drink! Learn more about Family Sunday Funday.