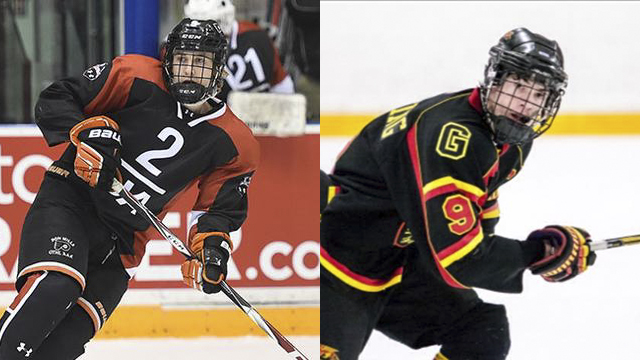 Austen Keating and Noel Hoefenmayer are officially part of the Ottawa 67’s family.

Both players have signed with the club and will attend the team’s training camp later this summer.

Keating, chosen in the first round (16th overall) of the 2015 Ontario Hockey League Priority Selection, is a 16-year-old centre who scored 30 goals and 60 points in 30 games as captain of the Guelph Gryphons Minor Midget AAA team.

“We’re looking forward to the skills and talent both Austen and Noel will be bringing to our organization,” said 67’s coach and general manager Jeff Brown.

The 67’s begin the 2015-16 season on Thursday, September 24 in Peterborough against the Petes.

The first home game at TD Place arena is on Sunday, September 27 (3 p.m. start) against the Barrie Colts.