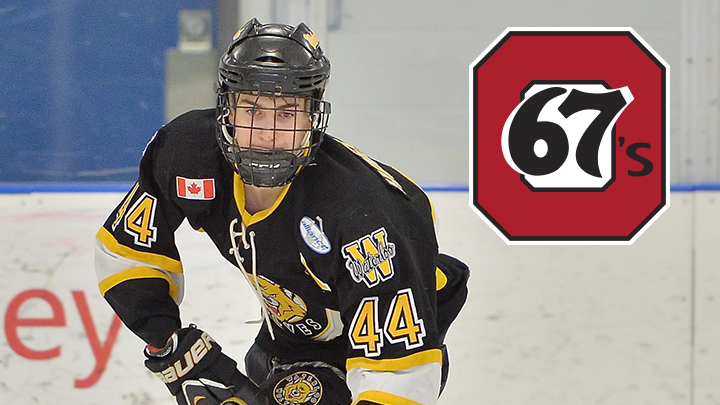 The 2016 OHL Draft could very well prove to be a historic draft year for the Ottawa 67’s. Head coach and GM Jeff Brown announced Wednesday that the hockey club has locked up two more of its draft picks with the signings of Mitchell Hoelscher (3rd Round – 56th overall) and Quinn Yule (5th Round – 84th overall).

“We’re really excited to have these guys locked up,” said Brown. “They’re great young talents that are excited to be part of this hockey club and we look forward to what the future has in store for them in 67’s colours.”

Hoelscher is a 16-year-old centre who played for the Waterloo Wolves last season netting 41 points in 33 games. Yule, is another 16-year-old who played left wing for the Central Ontario Wolves tallying 38 points in 30 games.

“These two signings are just another testament to the scouting and drafting from Pat Higgins who continues to help build our hockey club today and for the future.”

Next up for the 67’s is a home-and-home preseason series with the Gatineau Olympiques starting Friday night in Gatineau. The cross-river rivals will meet again on Sunday (September 11) at The Arena at TD Place at 2 p.m.

Tickets for Ottawa’s final preseason game are priced perfectly for families, with adult tickets at $10 and kids tickets for only $5. Score your seats for Sunday’s game by clicking here, calling 613-232-6767 x1, or in person at the box office at TD Place.