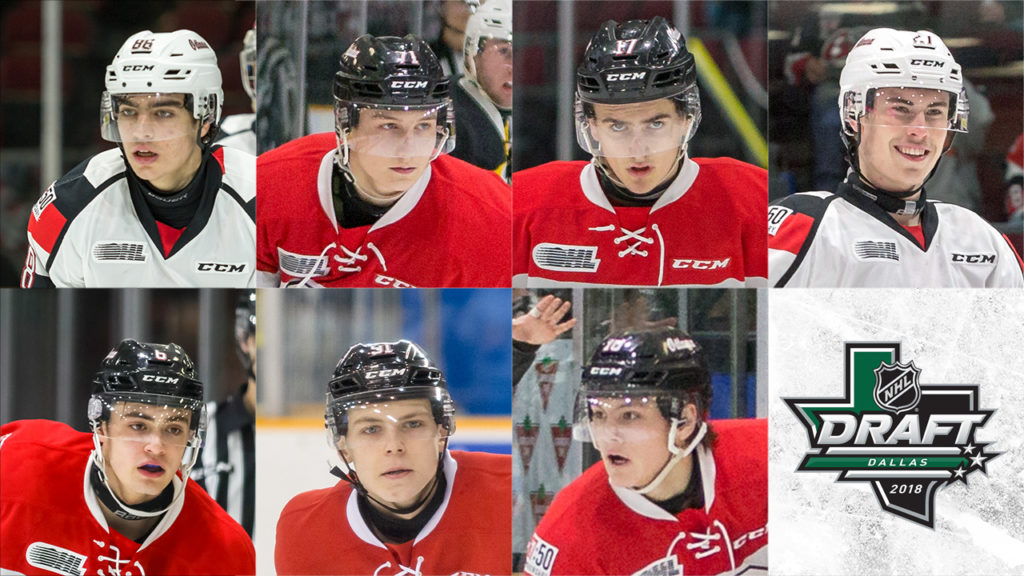 The Ottawa 67’s lead the OHL with seven players ranked in the NHL Central Scouting Final Rankings for the 2018 NHL Draft. 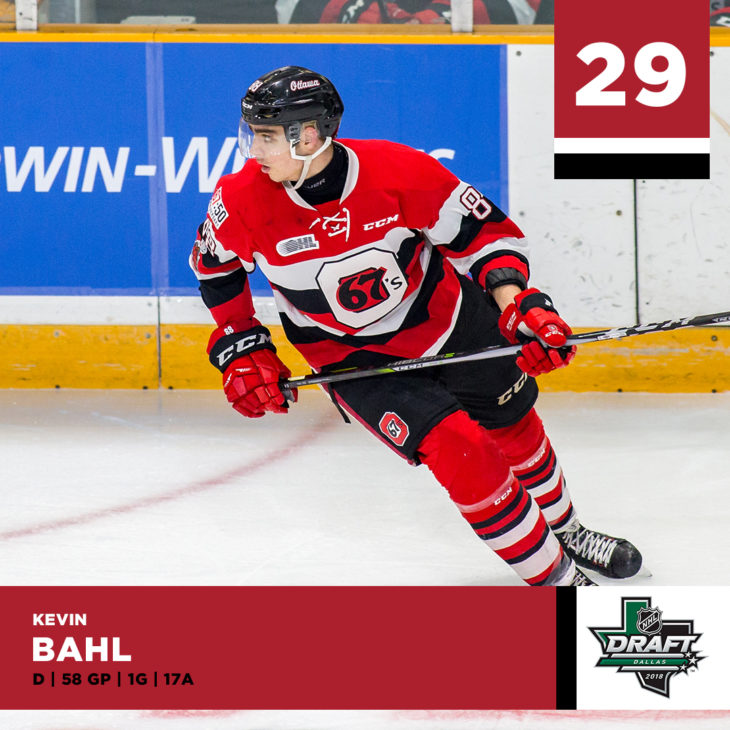 Bahl finished the 2017/2018 OHL season with one goal and 17 assists (18 points) in 58 games. Considered one the of the premier shutdown defenders in the OHL, Bahl is a big man (6’6”, 230 lbs) with above average skating skills. Regarded as one of the top defensive defenseman in this draft, the big 67’s blue liner will certainly help a team in need of adding some size and physicality to the backend. 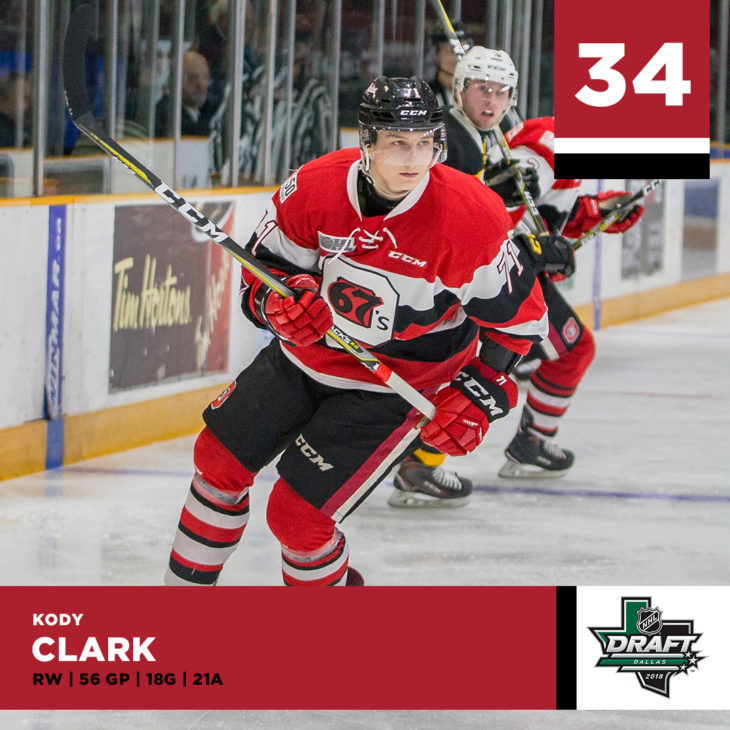 The son of former 15-year NHL veteran, Wendel Clarke, is now hoping to become an NHL player himself. Finishing the 2017/2018 campaign with 39 points (18 goals, 21 assists) in 56 games, Clarke is projected to be a solid pro that can help in both even-strength and special team scenarios. Yet to fully grow into his frame, Clarke is a high-energy, power forward that can make things happen with his physical approach to the game. 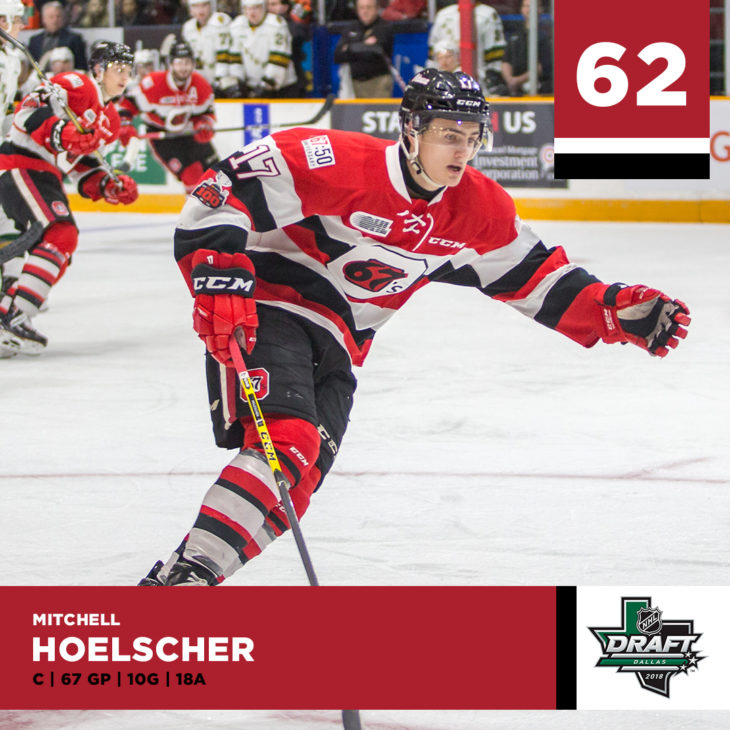 In his first full season with the Barber Poles, Hoelscher led all 67’s rookies in scoring with 28 points (10 goals, 18 assists) in 67 games. The Elora, ON., native played in all scenarios with Ottawa and showed great potential as an offensive contributor. With a pass first mentality, Hoelscher has tremendous vision and hockey IQ which allow him to find open lanes for teammates. His ability to adjust at both ends of the ice on top of his above average offensive prowess all indicate a high-ceiling for this prospect. 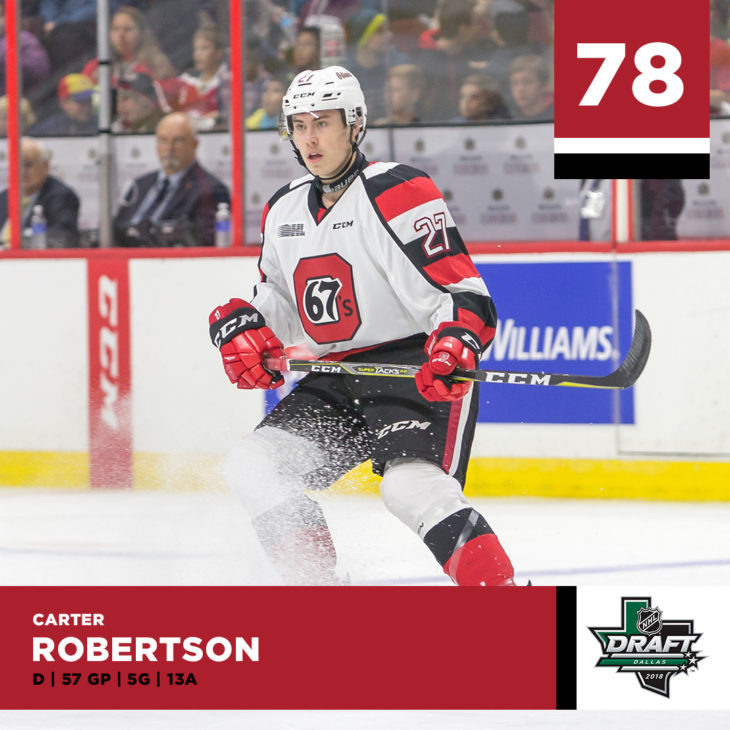 The smooth skating defenseman finished the 2017/2018 regular season with 18 points (5 goals, 13 assists) in 57 games. Robinson has excellent mobility which he uses to his advantage defensively. He possesses very good puck skills, hockey vision and shooting abilities that he utilizes extremely well due to his composed mentality. There’s still another level Robinson can get to where he combines his skating talent with his offensive attributes. 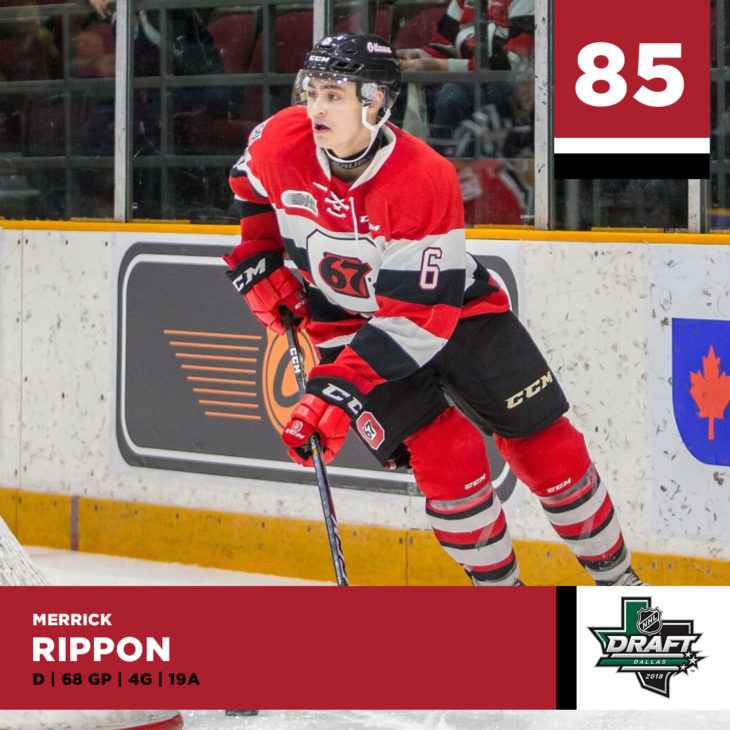 Splitting the 2017/2018 season with the Mississauga Steelheads and the Ottawa 67’s, Rippon combined for 23 points (4 goals, 19 assists) in 68 games. The solid, versatile defenseman is a very good skater who gets to top speed quickly. Rippon has shown his two-way game throughout the entire season and proved his ability to play under pressure. With a mixture of both offensive and defensive skills, he’s projected to bring his junior success into the next level. 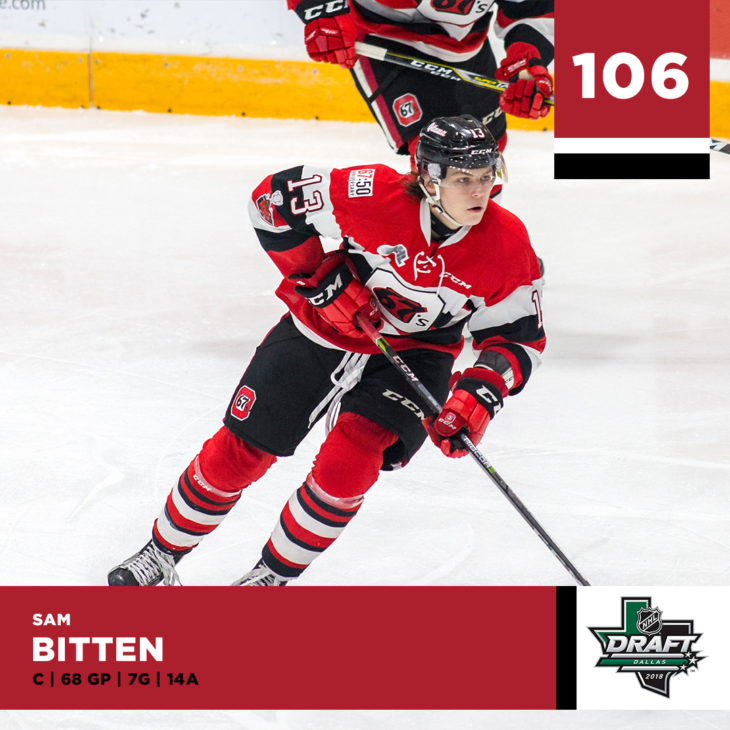 The Ottawa native has been an offensive threat his entire life. Unfortunately Bitten wasn’t able to find his swagger this season as he had 21 points (7 goals,14 assists) in all 68 games. He also potted 3 goals in 5 playoff games against the Hamilton Bulldogs. The rookie was mainly slotted into bottom six roles throughout the season but showed untapped potential when given the opportunity. Showing remarkable work ethic day in and day out, Bitten has all of the characteristics you look for in a player. His use of speed and acceleration in both the offensive and defensive zones show glimpses of the once minor hockey offensive stud – hopefully that same success will translate to junior and eventually the NHL. 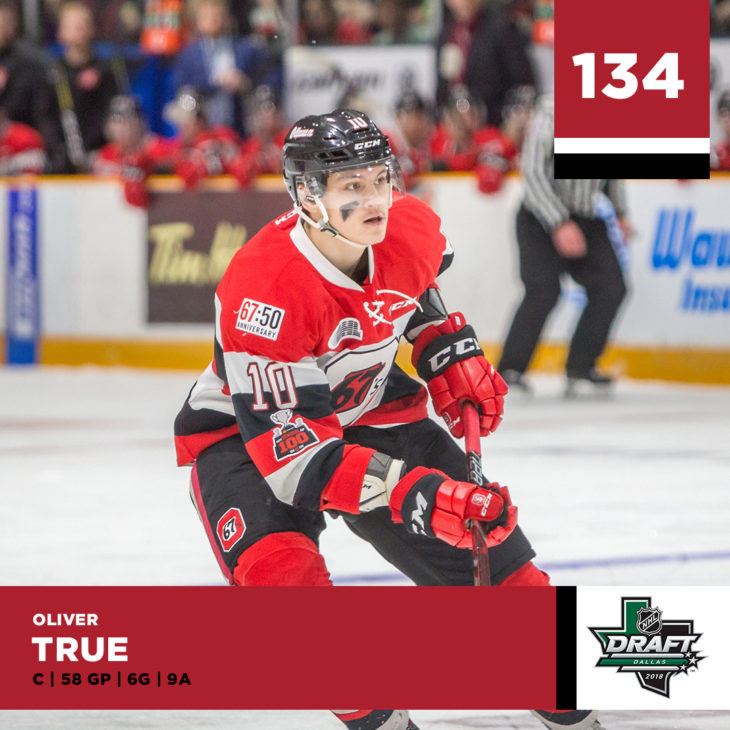 A recent Danish World Junior Team player, True possesses the history NHL teams drool over. The Denmark native has played on multiple stages throughout his young career including a tryout with the 2018 IIHF World Junior Championships team and the premier Danish hockey league. Already playing on both international and professional stages, True brings unmatched experience to the 2000 class. During the 2017/2018 season he posted 15 points (6 goals, 9 assists) in 58 games. A great hockey player that can flourish under the right development and system.