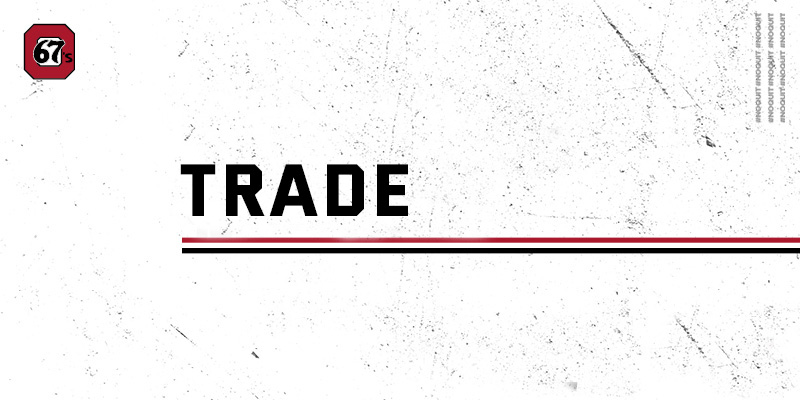 The Ottawa 67’s have completed a trade, today, sending 19 year-old defenceman Alec Belanger to the Kingston Frontenacs. In return, the Barber Poles will receive a second-round pick in the 2023 OHL Priority Selection (Niagara), a third-round pick in 2024 (Sault Ste. Marie), and a fifth-round pick in 2025 (Kingston).

“Alec has been a valuable player and teammate during his time with the 67’s,” said General Manager James Boyd, “We wish to thank Alec for his efforts in a Barber Pole uniform, and for his contributions to the Ottawa community. We wish him all the best in his future hockey endeavours.”

Though an injury delayed his start to the 2021-22 season, Belanger has tallied two goals and four assists, for six points in 16 games thus far.

A native of Barrie, Ontario, Belanger was selected in the third round, 44th overall, by the 67’s in 2018. He has suited up for 118 OHL games across three seasons, all with the Barber Poles.

The 67’s now own three picks in the first two rounds of next year’s OHL Priority Selection.