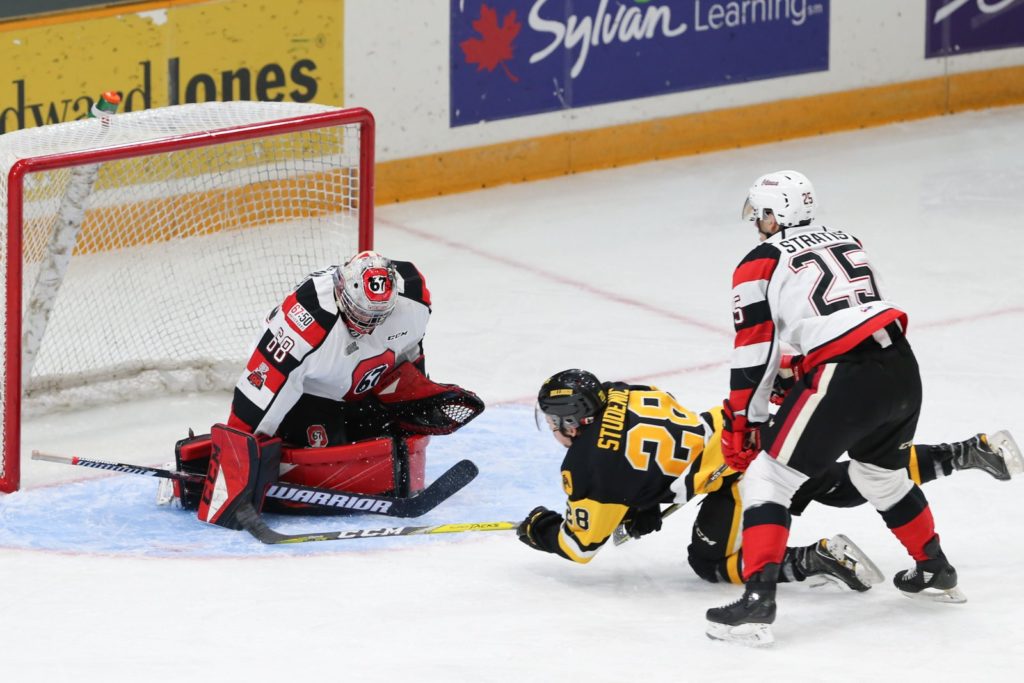 The Ottawa 67’s have traded goaltender Olivier Lafreniere to the Owen Sound Attack in exchange for a pair of draft picks, the team announced on Wednesday.

“Olivier has been a valued member of the Ottawa 67’s. We thank him for his contributions to the hockey club and in our community.” said 67’s GM James Boyd. “We wish him all the best in this next chapter of his career in Owen Sound.”

The 67’s return to action tonight in Peterborough before preparing for a historic afternoon at TD Place on Sunday when the renew their rivalry with the Gatineau Olympiques in the first-ever outdoor game in Barber Poles history.

Tickets to Sunday’s 67’s Outdoor Game start at just $15 and are available at Ottawa67s.com.