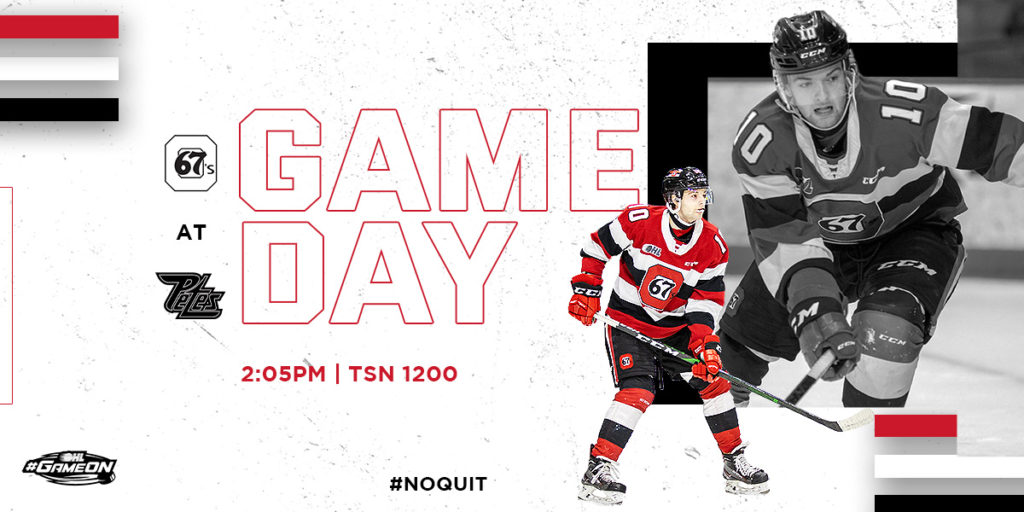 To say that it has been a long time between Ottawa 67’s games would be an understatement.

The Barber Poles’ most recent game action was on March 10, 2020, in a contest that ended up being a 9-1 win over the Niagara IceDogs. At the time, Ottawa was comfortably sitting atop the OHL standings, with their sights set on their first Robertson Cup since 2001, before COVID-19 handed the season a heartbreaking ending, and fans were left wondering how long it would be before their 67’s returned to the ice.

Their wait finally ends today, with the Barber Poles visiting Peterborough to take on the Petes in preseason action, and play their first game in nearly 18 months. Puck drop is set for 2pm EDT, and 67’s fans can listen live on Ottawa radio TSN 1200, while also following the 67’s social media channels for live updates.

It will be a new-look Ottawa team taking to the ice at the Peterborough Memorial Centre for this Labour Day classic. New head coach Dave Cameron, and assistant coach Martin Dagenais will see their first action as members of the organization, and of course, new players will be in the mix as well. This includes recent commits; centre Jack Dever, goaltender Collin MacKenzie, and left wing Will Gerrior, all of whom formally committed to the 67’s after outstanding training camps.

There is no lack of talented returners around, either. Names like Cam Tolnai, Adam Varga, Will Cranley, and others are sure to be familiar to 67’s fans.

The Barber Poles’ line combinations will appear as follows, this afternoon: