67’s win again in OT, this time over IceDogs 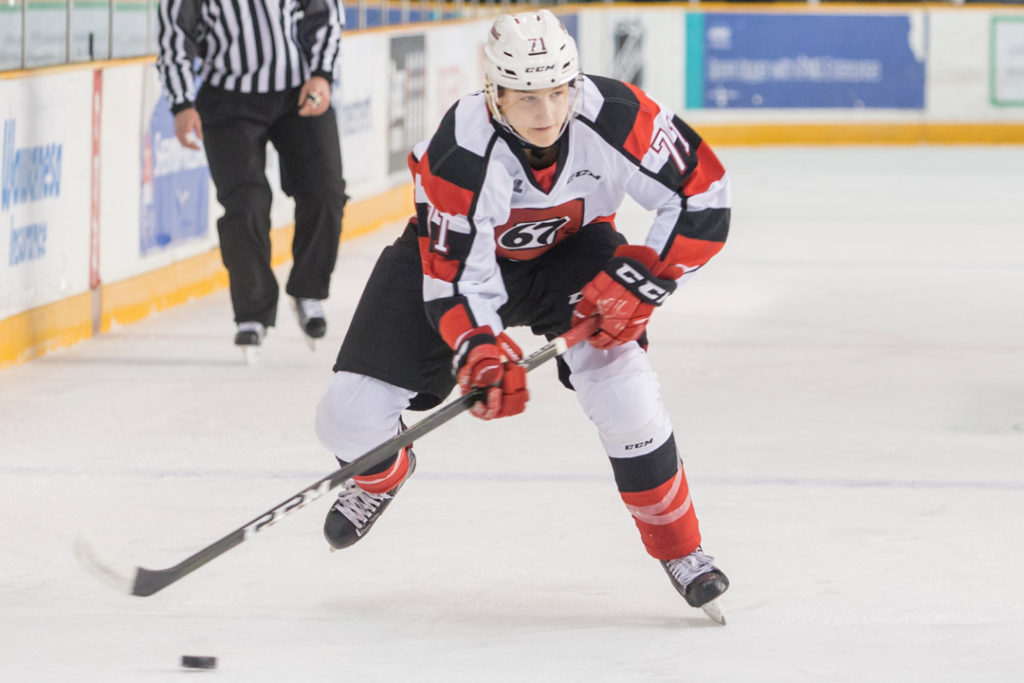 The Ottawa 67’s continued their winning ways in overtime on Saturday night, with a familiar face again playing the role of hero.

For the third time in as many games, the Ottawa 67’s picked up the extra point in the extra frame, thanks to a 1-0 victory over the Niagara IceDogs.

And for the third time in as many games, it was Kody Clark ending things, as the 67’s sophomore scored the game’s only goal with five seconds left in overtime.

Clark, who also won the game for Ottawa on Friday night at home when he scored in overtime against Oshawa as well as on October 15 in Saulte Ste. Marie, now has seven goals and 11 points in 13 games this year to lead the Barber Poles in scoring.

67’s goalie Olivier Tremblay was named the game’s first star as the netminder turned away all 29 Niagara shots to pick up the shutout.

The 67’s return to action in Hamilton on Sunday afternoon to close out the weekend schedule against the Bulldogs before returning home October 28 to host Saginaw.