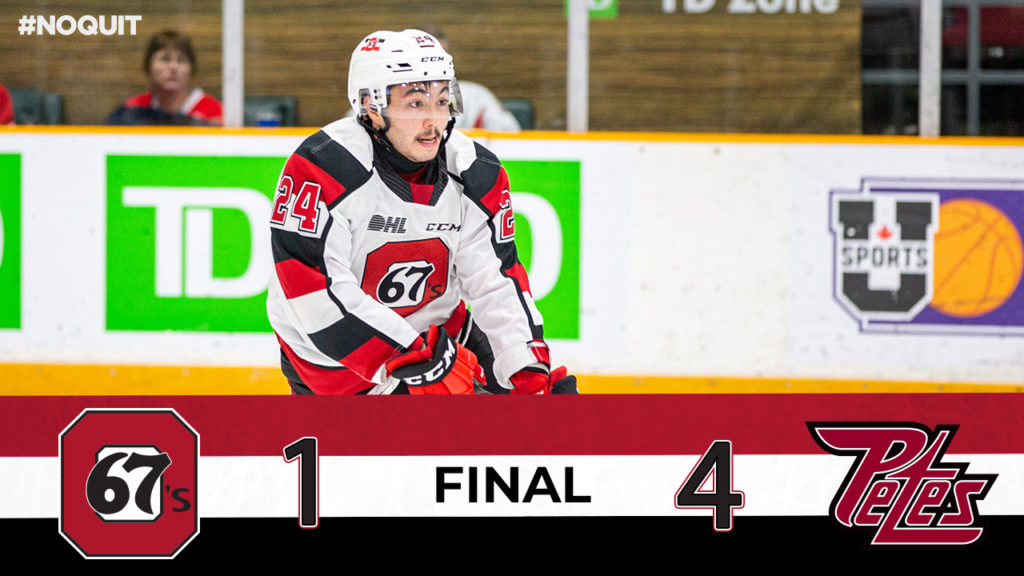 The Ottawa 67’s saw their ten game winning streak come to an end on Saturday night in Peterborough, as they fell short to the Petes by a score of 4-1, for what was only their eighth loss since the start of the regular season. Alec Belanger scored Ottawa’s lone goal of the game, while Liam Kirk, Declan Chisholm, Nick Robertson and Michael Little got on the board for the hosts.

Liam Kirk and Declan Chisholm got the two first goals of the game, before Nick Robertson truly hurt the 67’s with the third goal of the first period, with only a minute left on the board, giving his team a three goal edge heading into the second.

Following a scoreless second period, in which Ottawa had the Petes outshot 20-16 after 40, Alec Belanger scored early in the third to give the 67’s some hope of another comeback.  The 67’s would throw everything at the net and kept Hunter Jones busy, shooting tons of pucks at the net, without being able to beat him.  Michael Little made it 4-1 late in the third, sealing things up for Peterborough’s second straight win against Ottawa.

After seeing their ten-game win streak to an end, the 67’s will round out their three in three week end at home, looking to start another win streak, when they take on the North Bay Battalion on Sunday afternoon inside The Arena at TD Place. 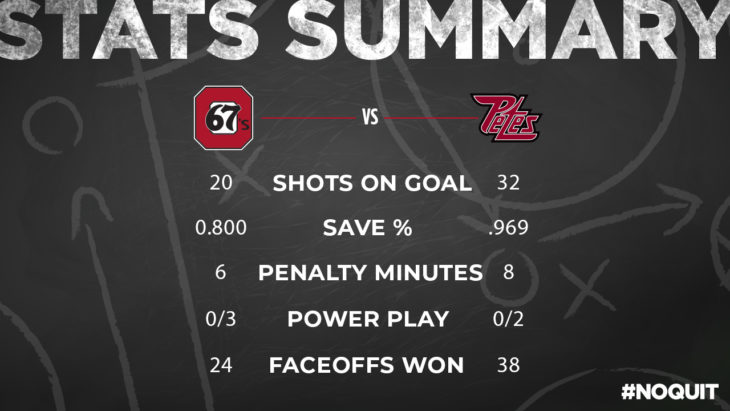