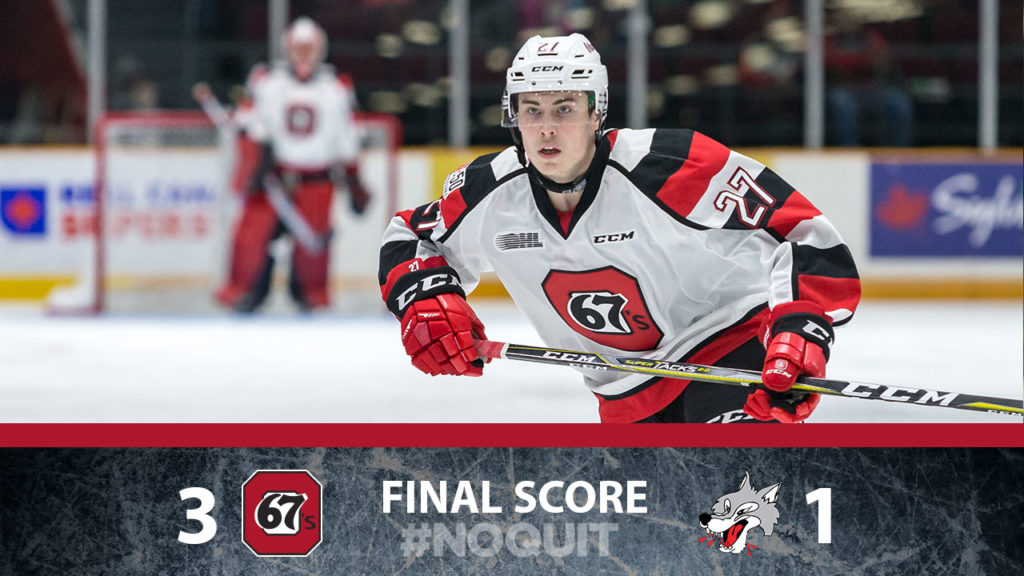 The Ottawa 67’s kicked off their pre-season schedule in style on Friday night, downing the Sudbury Wolves 3-1 on the road.

Quinn Yule, Carter Robertson and Merrick Rippon scored for Ottawa while Cedric Andree made 38 saves to pick up the win.

Following a grueling two days of training camp, the 67’s had plenty of jump in this one, taking the lead late in the first period as Yule opened the scoring.

The second period was a tight affair as Andree stood on his head and stopped 14 shots, with only one getting by him. A half-dozen roughing minors punctuated a scrappy middle frame.

Robertson’s first of the pre-season gave Ottawa back the lead early in the third, with Rippon extending the lead to 3-1 just two minutes later.

The 67’s will be back in action on Sunday, September 2nd as they travel to Kingston to take on the Frontenacs in what will be their second pre-season contest.  Ottawa opens its regular season schedule when they host the Mississauga Steelheads at TD Place on September 21.