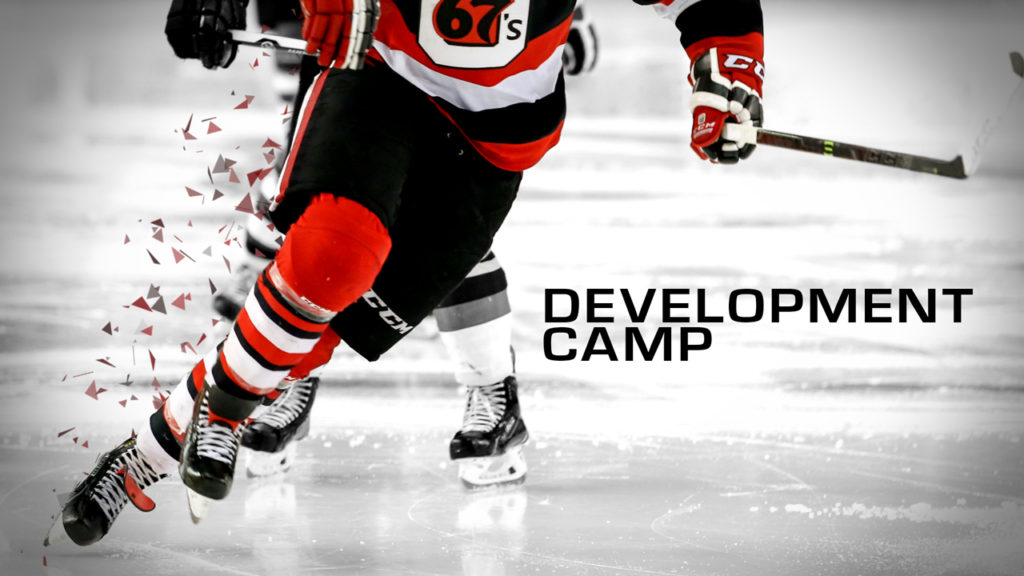 For some new Ottawa 67’s, this weekend’s development camp is a first shot to show the club it made the right call drafting them.

For others – draft picks from a year or two before and undrafted free agents – it’s a chance to show the 67’s they still want their shot.

What development camp is not, said 67’s Associate Coach Mike Eastwood, is a do-or-die evaluation of the young talent.

“It’s a great opportunity for us to bring all our picks in, but it’s an orientation camp, not a tryout,” Eastwood said prior to camp getting underway on Saturday morning at the Minto Sports Complex at the University of Ottawa. “We’re going to let the players and parents get to know everything we have to offer. It’s a great chance for us to see the kids on the ice, off the ice and how they interact with each other.”

Leading the pack at this year’s Development Camp will be Graeme Clarke, Ottawa’s first-round pick, sixth overall, in this year’s OHL Priority Draft. He’ll be joined by all of his fellow 2017 draft picks as well as the majority of last year’s class that didn’t crack the OHL roster. There will also be at least a couple familiar faces as defencemen Kevin Bahl and Carter Robertson, who will be heading into their second seasons with the Barber Poles, will also be on the ice this weekend.

Though not an official tryout, there will be plenty of evaluating going on as the staff will be looking to track the players’ progression from now until main training camp and beyond.

“We’ll get a chance to see them play a couple intersquad games,” Eastwood said.

“We know a lot about their strengths and weaknesses already and we’ll want to see how they progress over the course of the summer. But more than anything it’s a chance to get to know them and let them get to know us.” – Eastwood

“Everyone’s going to be a little bit nervous, that’s just the nature of the beast,” said Eastwood. “But make no mistake about it, we want them to come in and compete and we want to let them know what the environment, expectations, and standards are around here.

“When they hit the ice it’s go out and do what you do best. We want a hard working group of players coming in to battle shift in, shift out.”

The parents have just as much to learn over the weekend, said Eastwood.

“The focus is always hockey but it’s a great op for the families to come in and see what kind of programming we’ll be running,” he said.  “They’ll learn where the kids will go to school, about billet families and we can give them more about what to expect as far as that goes.”

Intersquad scrimmages will be held both Saturday and Sunday from 11 a.m. to 1 p.m. at the Minto Sports Complex on the University of Ottawa campus and are open to the public.