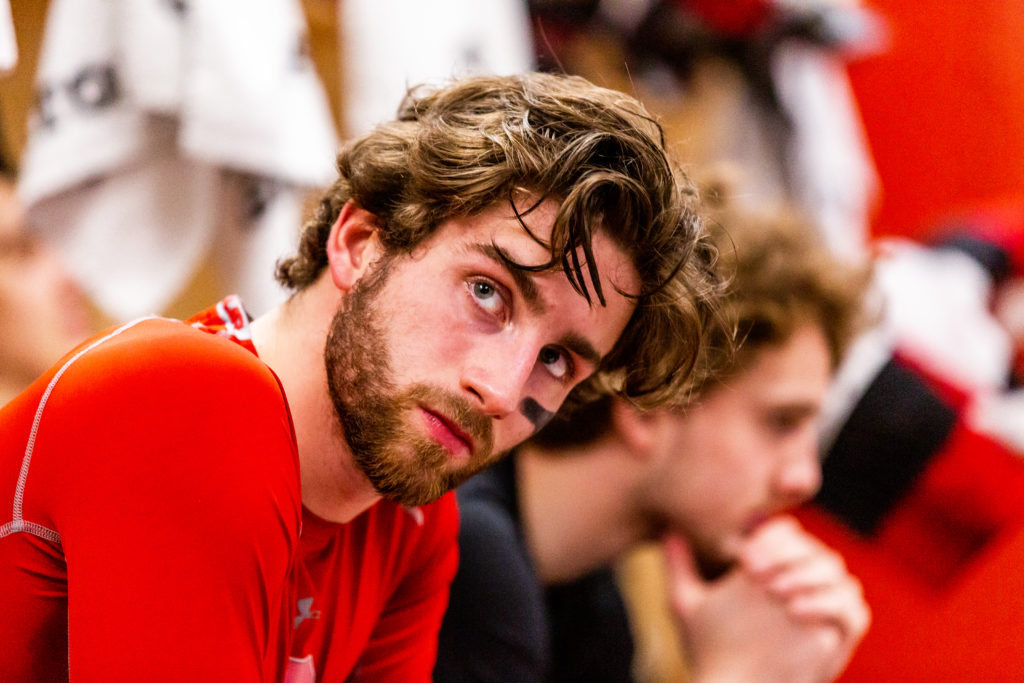 Adam Varga’s path through the Ontario Hockey League was anything but a straight line.

The Bel Air, Maryland native, who already faced an uphill battle as an American, Varga developed something of a learned resilience to make it through his overage year with the Ottawa 67’s, this past season.

“Looking back, I’ve been through a lot,” said Varga. “I’m super proud of myself for keeping going, and never giving up.”

From the very beginning, Varga had to work his way to becoming an OHL mainstay. Drafted in the seventh round, 121st overall, by the Mississauga Steelheads in 2017, he quickly ditched the stigma often ascribed to a later-round pick, cracking the Trout’s opening night roster.

It took just five games to notch his first OHL point — an assist against the Sudbury Wolves — but the first goal was a tad more elusive. Finally, though, Varga beat Flint Firebirds net minder Luke Cavallin, in a 4-0 home ice victory on February 19, 2018.

Varga’s first campaign saw him appear in 46 games with the Steelheads, notching a goal and six assists. He did find a little more success in the postseason, though, scoring a goal in six games against the Barrie Colts.

The 2018-19 season saw Varga truly begin to find his footing, appearing in a career-high 63 games. He scored six goals and nine assists for 15 points, playing a key role on a Mississauga team that finished third in the Central Division.

Unfortunately, Varga was limited to just two games in the postseason. It was a disappointing end to an otherwise successful year, but he still found himself taking something positive from the less-than-ideal set of circumstances, learning valuable lessons about leadership, and playoff hockey.

“We had really good overagers, guys who really led the charge,” Varga said. “It was a big thing for them to lead us young guys.”

It was that experience, coupled with his obvious ability, that would make Varga a sought-after trade target the following season. Fittingly, it was 67’s General Manager James Boyd, and Assistant General Manager Jan Egert, both of whom led the crew that drafted Varga in 2017, bringing him to the nation’s capital, in late 2019.

True to form, Varga found himself contributing to his new team almost instantly. In just his third game with the Barber Poles, he scored his first goal, in a 6-3 win over the Sarnia Sting.

All told, 42 games with the 67’s in 2019-20 found Varga scoring seven goals and three assists. Good enough for 10 points on a team that roared to the top of the OHL standings, in historic fashion.

Alas, the promise of a deep playoff run would be wiped away by the onset of the COVID-19 pandemic, along with the entire 2020-21 campaign to follow.

“That was probably one of the toughest years of my life; not being able to come to Canada, or play the game that I love,” he said. “That was super tough for me.”

The resilience Varga had come to learn pushed him forward into 2021-22. The 67’s were a vastly different team; much younger, and with more to prove, but the now-overage forward relished the opportunity to be a leader on an upstart squad.

Of course, it wouldn’t be an easy road. A dislocated knee against the Kingston Frontenacs in December of 2021 knocked Varga out of action for roughly two months, but he still ended the season with 40 games under his belt, scoring four goals and 11 assists, to match his career-high 15 points in 13 less games.

Oh, and there was the small milestone of eclipsing 200 OHL games, in February.

“It’s definitely a moment that I’m proud of,” Varga said. “Hitting a number like 200 really means something to me. It took me a while, but to finally hit it, it’s really awesome.”

Ultimately, there would be no storybook ending to Varga’s time in the OHL. Despite a valiant effort against a veteran North Bay Battalion team, the 67’s were eliminated in four games, during the first round of the playoffs.

Despite what was a bitter ending, Varga found himself filled with gratitude as he took his last lap around the ice inside The Arena at TD Place.

“Playing for the Ottawa 67’s has been a dream come true. I’ve always said that I was born to be a 67. Born on 6/7, I wore 67 on the back of my jersey my whole life. But having the opportunity to wear it on the front of my jersey was a true honour,” he said. “I will forever cherish the memories and relationships that I have made during my time with the 67’s. It has certainly been the best three years of my life.”

“Adam set the standard for our young players with his relentless compete level, both on and off the ice,” said Cameron. “His dedication to his community was a great example for our young core, as well.”

While the next chapter for Varga remains to be seen, one can be sure that he has left a legacy in Ottawa. No matter the odds, expect him to reach his full potential in everything he does.