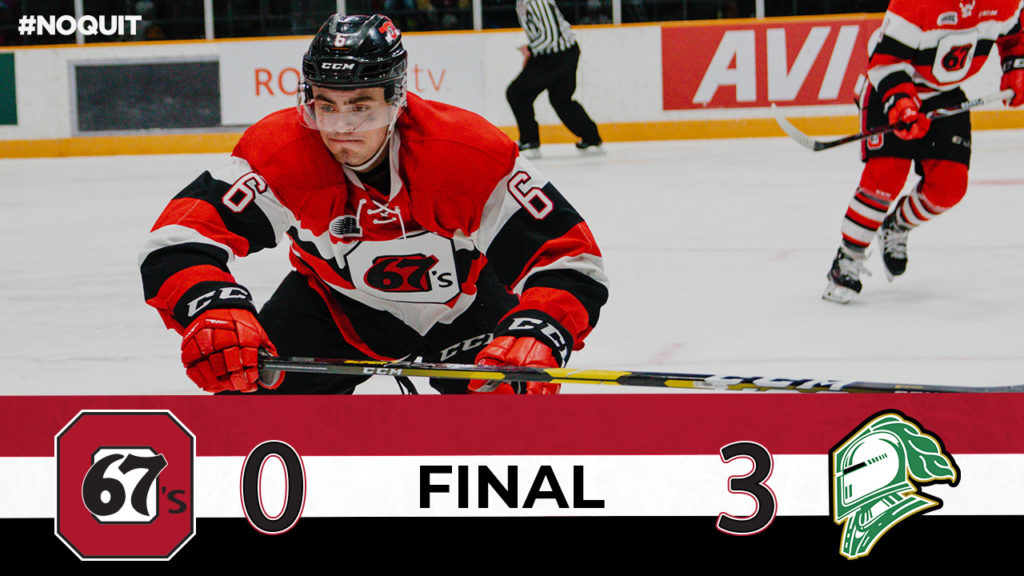 Cedrick Andree put on a show in the Ottawa goal on Friday night but the 67’s dropped a tight game 3-0 to the London Knights.

Playing their second game on the road in as many nights, Andree was lights out while making 43 saves, including several highlight reel stops along the way. The 67’s netminder was particularly busy in the second period as London fired 21 shots at him, with Josh Nelson and Connor McMichael the only Knights players to find the back of the net.

Ryan Merkley added a goal late in the game and tempers flared following the marker with multiples players on the ice squaring off before things were brought back under control.

At the other end, London’s Brett Brochu turned away all 18 Ottawa shots to pick up the shutout.

The 67’s, now 4-2 so far in this young OHL season, close out the current road trip on Sunday afternoon when they visit the Kitchener Rangers at 2 p.m. Ottawa next plays at home on Friday, October 11 when the Barber Poles host the Mississauga Steelheads.