Another exhausting weekend on the road for the 67’s 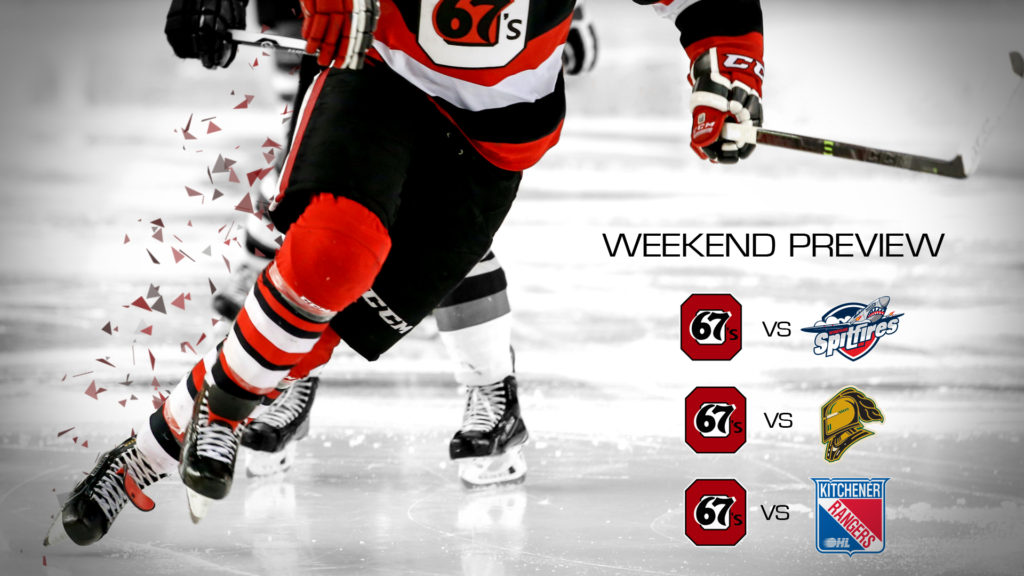 As if 1,500 kilometres travelled and 15 hours on the bus last weekend wasn’t enough, the Ottawa 67’s are back on the road this weekend for another grueling road trip that will see them play three games in four nights, starting Thursday in Windsor.

With such a tight playoff race in the Eastern Conference – coming into the weekend the 67’s sit in seventh spot, four points behind the fourth-place Hamilton Bulldogs – every point is crucial going forward. GM and Head Coach Jeff Brown is well aware that his team needs to pick up points.

“Every point is huge at this time,” said Brown. “Obviously we would have liked to pick up a few more points earlier in the season, but all the points count, whether you get them in September or in March. We have a really favorable schedule coming up, but first we have to be ready for this weekend.”

Brown will also be looking for a little bit more efficiency on the special teams.

“Our numbers lately haven’t been as good as we wanted to, so we need to improve them quickly,” said Brown. “Our powerplay has been good at times this season, but we need to find consistency, because special teams are a huge factor in a game.”

The 67’s will kick off the weekend in Windsor, Thursday evening when they take on the Spitfires and try to avenge the 4-2 defeat that Windsor handed them in late November. Ottawa will then travel to London on Friday to take on the Knights for the first time this season, before wrapping things up in Kitchener on Sunday afternoon with a clash against the Rangers.

Brown expects his team to display good efforts over the weekend, but most importantly dictate the pace of the game.

“So we have to worry about ourselves and our own game. Ultimately it’s going to be another good test for us, we are coming off a pretty good game in Hamilton so hopefully we can come up with three good efforts this weekend.”

Captain Travis Barron believes that the team needs to focus on the defensive side of things.

“In order to have success this weekend or any given night, we need to buy into team defense,” said Barron. “It’s all about doing all the little things right, starting from our defensive zone and then all over the ice. Also, we need to get more pucks in and on goal with a lot of net presence.”

Following this trip, the 67’s will kick off a seven-game home stand starting against Mississauga on January 24th.