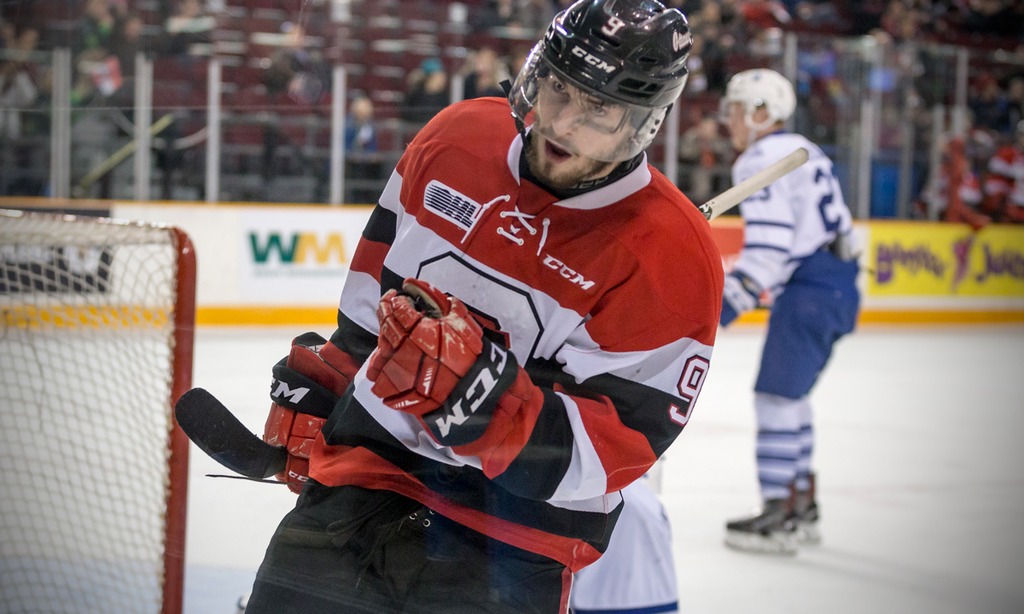 When discussing the most improved players on the Ottawa 67’s roster, it’s hard to avoid Austen Keating.

The dynamic playmaker had an impressive rookie season in 2015-16, notching 32 points in 50 OHL games. But it’s his sophomore campaign that turned the most heads at NHL Central Scouting. Keating nearly doubled his point total, notching 63 in 67 games this past season, helping the 67’s to their third straight playoff birth.

The progression of Keating during his career as a 67 has helped him spring up the draft boards to his current ranking of 115th among North American skaters.

Future Considerations’ ranking has him listed at 106 – bringing Keating into the elite conversation of the 100 best skaters on this side of the Atlantic.

The centre has proved to be a big portion of the 67’s depth down the middle and is primed to become part of an NHL depth chart as soon as this weekend.