Back at it vs the Petes – Game Preview 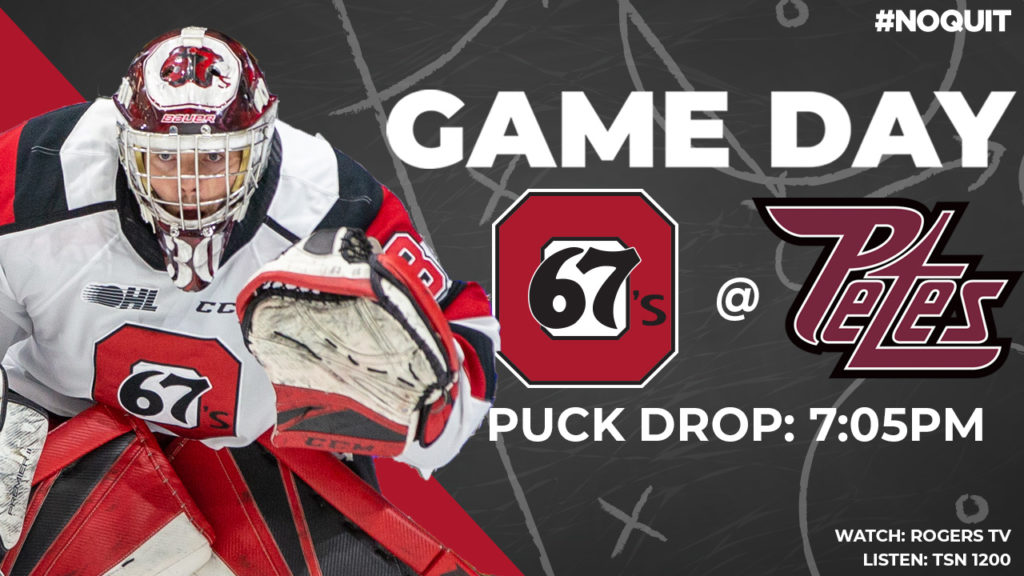 After an OT win last night in Hamilton the 67’s stretch their streak to a ten game winning streak! They are back at it vs the Peterborough Petes tonight before finally rounding out their busy weekend at home against the North Bay Battalion on Sunday afternoon.

The last team to have beat the 67’s, which was on January 11th, the Peterborough have the second most amount of wins in the Eastern Conference with 29, which is ten less than Ottawa’s 39.  Their prized trade deadline acquisition, Akil Thomas, has been quick to acclimate to his new surroundings, as the Canadian golden goal scorer has 21 points in only 11 games since joining his new side.  The Petes also count on some other great talent, such as Toronto Maple Leafs prospects Semyon Der-Arguchintsev and Nick Robertson.  Robertson has piled up an impressive 39 goals in 35 games this season, which would be on pace for about 75 goals over a full OHL season.  The Petes also count on a young up and coming local product in Mason McTavish.  The 16-year old Pembroke native has put up 27 goals thus far this year as a rookie, which is a sign of great this to come for the young man.  This will be the sixth game between both sides this season, and an Ottawa win would make it three apiece, as the Petes are the only team to have defeated the Barber Poles more than once this season.