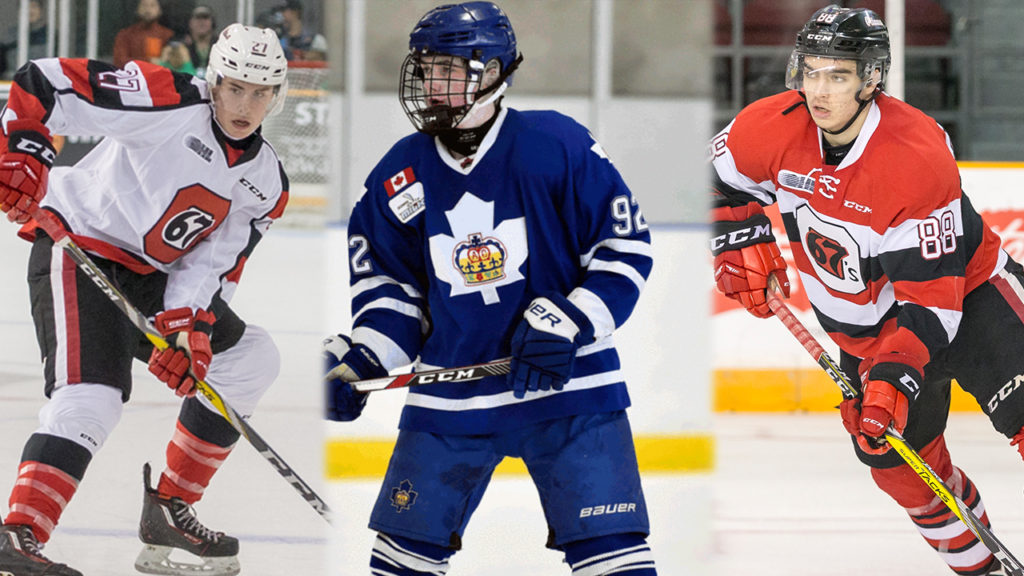 CALGARY, Alta. – Hockey Canada will assemble the nation’s best men’s, women’s, and sledge team prospects for its annual National Teams’ Summer Showcase, a series of development and selection camps that kick off the 2017-18 season.

The first wave of invites have been issued to 197 men’s team hopefuls. Beginning on July 22, 111 players will assemble in Calgary for the under-17 development camp. As they wind down their on- and off-ice sessions, a group of 44 players – four goaltenders, 16 defencemen, and 24 forwards – will arrive and vie for a spot on Canada’s National Men’s Summer Under-18 Team during a five-day selection camp. Canada’s National Men’s Summer Under-18 Team will leave Calgary on Aug. 2 following the final roster decisions to compete at the 2017 Ivan Hlinka Memorial Cup.

Click here for the full Under-20 Development Camp Roster.

Click here for the full Under-18 Selection Camp Roster.

Click here for the full Under-17 Development Camp Roster.

Ryan Jankowski, director of player personnel for Hockey Canada, was responsible for all player selections, with assistance from regional scouts Carl Bouchard (Quebec), Barclay Branch (Ontario), Barclay Parneta (West), Kevin Mitchell (Atlantic), and Darrell Woodley (Ontario), Canadian Hockey League general managers and branch representatives for the under-17 roster, and with input from coaches and general managers from across the CHL for the under-18 and under-20 roster

“For about three-and-a-half weeks in July and August, we get to see all of the players in our program concentrated in two locations, which gives our management team, coaches, and staff a chance to develop, first and foremost, what we feel is our top talent in Canada, and evaluate those players as we look to put together winning teams throughout the upcoming season,” said Scott Salmond, Hockey Canada’s vice-president of hockey operations and national teams. “It’s a great opportunity for these players who are working towards earning a chance to wear the Team Canada jersey, and I want to thank Ryan [Jankowski] and his team for the diligence they’ve put into helping us identify this group of players.”

The schedules for each camp will be revealed in a few weeks; all on-ice activities in Calgary at the under-17 and under-18 camps will be held at the Markin MacPhail Centre at WinSport, and will be free and open to the public.

Jankowski and his group will continue the evaluation process when the players return to their home clubs, with an eye to fielding the best in Canadian talent at the 2017 World Under-17 Hockey Challenge in Dawson Creek and Fort St. John, B.C., the 2018 IIHF World Junior Championship in Buffalo, N.Y. in December, and the 2018 IIHF U18 World Championship next spring.