Barber Poles aim to get back on track vs Knights 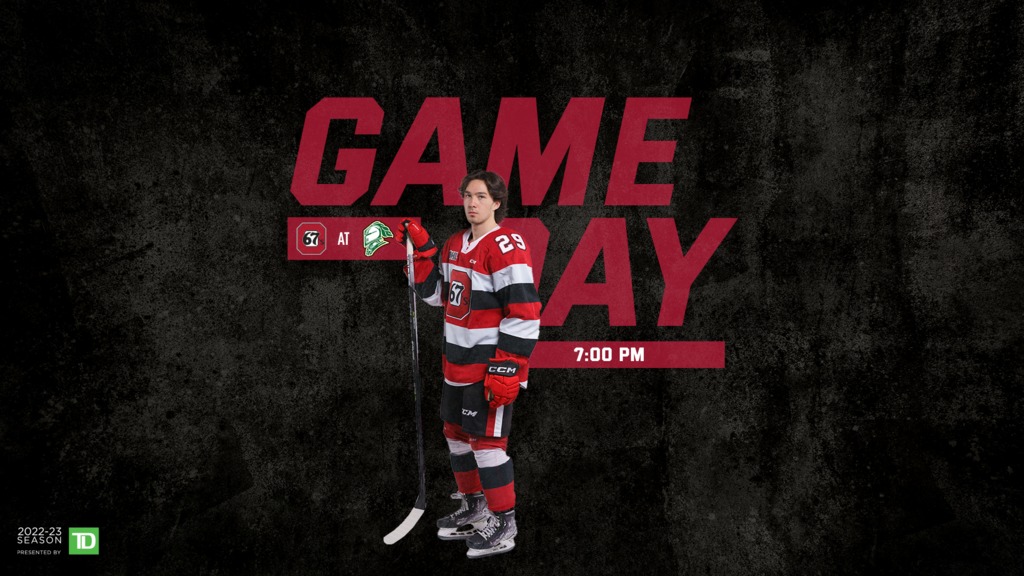 The Ottawa 67’s are looking to begin a new winning streak, tonight, when they visit the London Knights.

After falling 5-3 to the Windsor Spitfires, a night ago, the Barber Poles will have to dig deep to get back in the win column against a high-powered Knights team, with a few players heading off to World Juniors Selection Camps over the weekend. Puckdrop is set for 7:00pm, and fans can stream live on CHL TV, or hear Kenny Walls call the action on TSN 1200.

Vinzenz Rohrer, Tyler Boucher, and Chris Barlas scored for Ottawa last night, but they were unable to overcome a quick start by Windsor, who scored four times in the opening half of the game.

London was last in action on Tuesday, where they saw an eight-game win streak come to an end on home ice, losing 5-3 to the Oshawa Generals. Easton Cowan, Brody Crane, and Logan Mailloux scored for the home team, and Brett Brochu made 21 saves in goal.

This is the first meeting since February 17, 2020 for these two storied clubs. The Knights took that game by a score of 4-2, inside The Arena at TD Place.