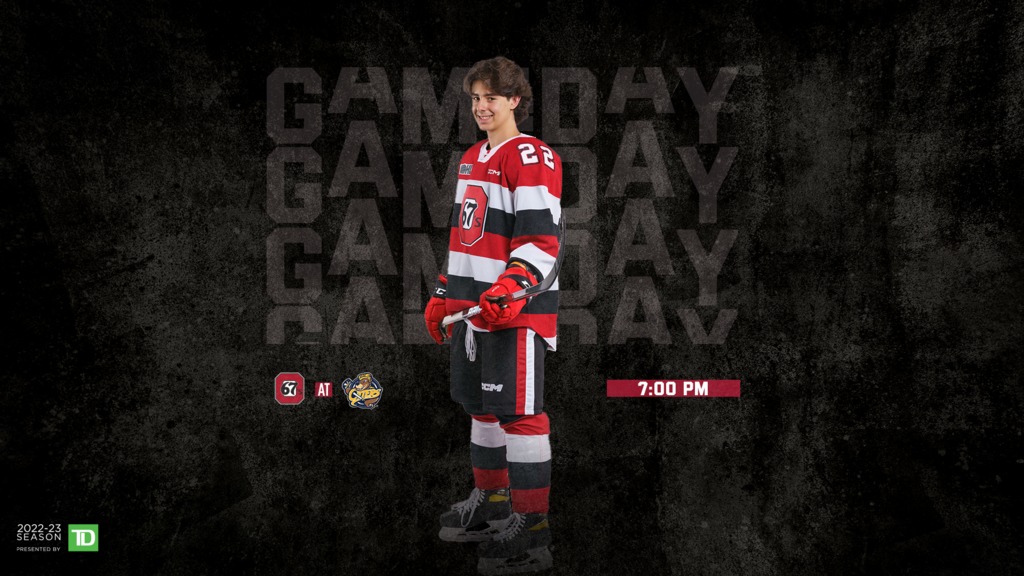 They didn’t get to face off on Saturday due to inclement weather, but the Ottawa 67’s and Erie Otters will do battle tonight, at 7:00pm from the Erie Insurance Arena. Fans can stream live on CHL TV, or hear Kenny Walls call the action on 580 CFRA.

It looked like the 67’s were about to see their eight-game winning streak slip away, Sunday, trailing the Mississauga Steelheads 3-1, despite a Chris Barlas opening goal. Nevertheless, Thomas Sirman narrowed the gap, and Jack Matier tied the game with 18 seconds to go. In overtime, it was Vinzenz Rohrer playing the hero, and earning a 4-3 victory for the Barber Poles, on the back of a 31-save performance from Max Donoso.

The Otters have seen two postponements, this weekend, forcing them to wait a bit longer as they try to snap a three-game skid. They were last in action on Sunday, November 13, on the road against the Owen Sound Attack. Colby Saganiuk, Cameron Morton, and Brett Bressette scored in the effort, but the Otters dropped a 6-3 decision.

Ottawa hosted the Otters in this season’s home opener, earning a 4-2 victory. Brady Stonehouse, Brad Gardiner, Luca Pinelli, and Tyler Boucher supplied the offence, while Donoso stopped 31 of 33 for the home team.