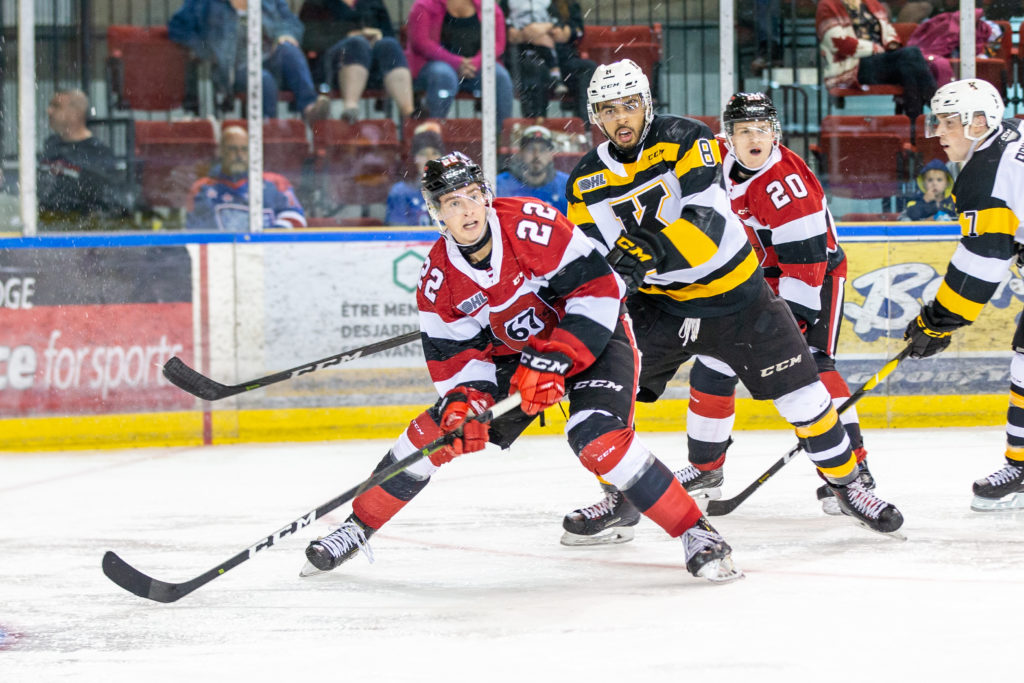 The Ottawa 67’s were on the road to Napanee this Friday, playing in their fourth game of the pre-season at the Strathcona Paper Centre against the Kingston Frontenacs, the same side they had played against eleven days prior.

After a 0-0 opening period, the 67’s went on to turn it up offensively in the second period, where they scored three goals and headed to the dressing room with a 3-1 lead with 20 minutes left to play in the game.

Following what was a crazy third period, that saw a total of four goals, including a late game tying effort by Kingston to eventually send things all the way to a shootout, where the Barber Poles came out winners, improving their record to 3-1-0-0 this pre-season.

The 67’s will be wrapping up their pre-season schedule this Sunday, September 15th against the Gatineau Olympiques at the Complexe Branchaud Brière.  Ottawa’s regular season home opener will take place on Sunday, September 29th at 2:00 PM, when they take on the Peterborough Petes.