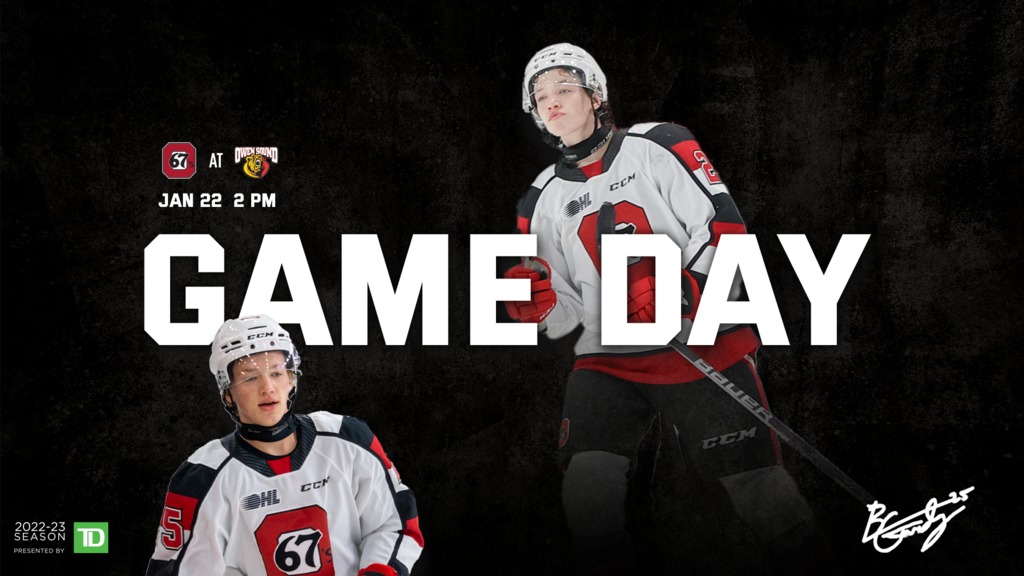 In a road trip marred by bodies out of the lineup, the Ottawa 67’s will look to come out if it with a winning record, Sunday afternoon, when they visit the Owen Sound Attack for a 2:00pm puckdrop, on CHL TV, and 580 CFRA.

After clawing out a win against the Barrie Colts on Thursday, the 67’s didn’t quite have the same luck, Friday night, dropping a 4-2 result to the Kitchener Rangers. Cameron Tolnai and Caden Kelly scored late goals to mount a rally for Ottawa but it wasn’t enough to come back and get the victory.

The Attack faced a tough test on Saturday, and were up to the challenge, earning a 7-4 win over the high-powered Peterborough Petes. Colby Barlow twice tickled the twine, to go with goals from Kaleb Lawrence, Landen Hookey, Deni Goure, Ethan Burroughs, and Gavin Bryant. Corbin Votary was sensational in goal, turning aside 42 of 46 shots for the home team.

It’s the second time that the 67’s have squared off against Owen Sound, and former teammate Teddy Sawyer, in the span of just a few weeks. The two teams met on January 8, inside The Arena at TD Place, where the Barber Poles held the Attack to just 14 shots, as part of a 5-1 win. Thomas Sirman, Tolnai, Luca Pinelli, Jack Beck, and Brady Stonehouse supplied more than enough offence for Max Donoso, and his 13 saves.