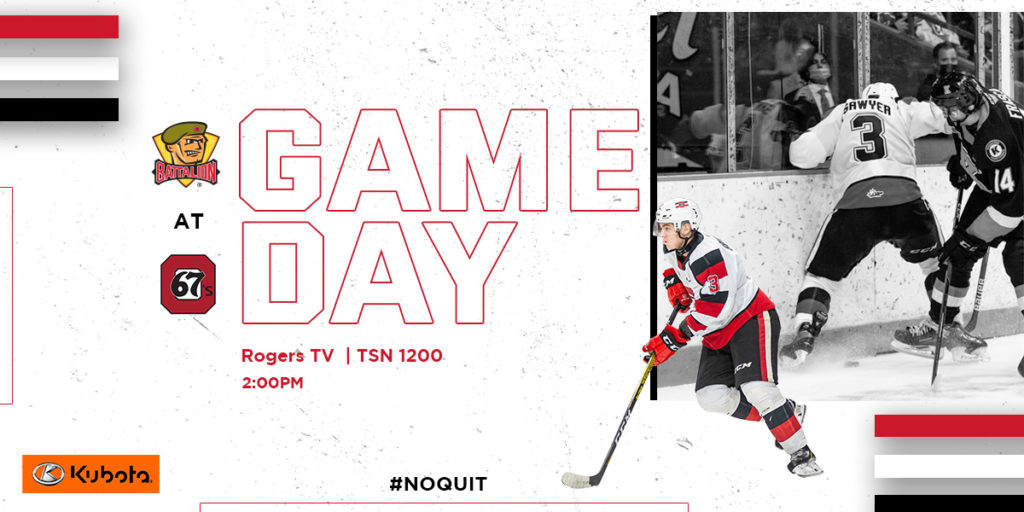 After earning a hard-fought point in Oshawa, last night, the Ottawa 67’s (10-8-2) are right back at it again, Saturday afternoon, with the North Bay Battalion in town (13-7-1). Puck drop is set for 2:00pm EST, and Barber Poles fans can catch all the action on Rogers TV. Kenny Walls has the radio call on TSN 1200.

North Bay was in Kingston on Friday evening, earning a 5-2 victory over the Frontenacs. Kyle Jackson scored two, with Matvey Petrov, Alex Christopoulos, and Mitchell Russell accounting for the others. Netminder Joe Vrbetic stopped 24 shots for the win.

Ottawa has faced off with the Battalion twice this season, earning a 2-1 victory at home on November 7, and falling 3-0 in North Bay last Thursday.