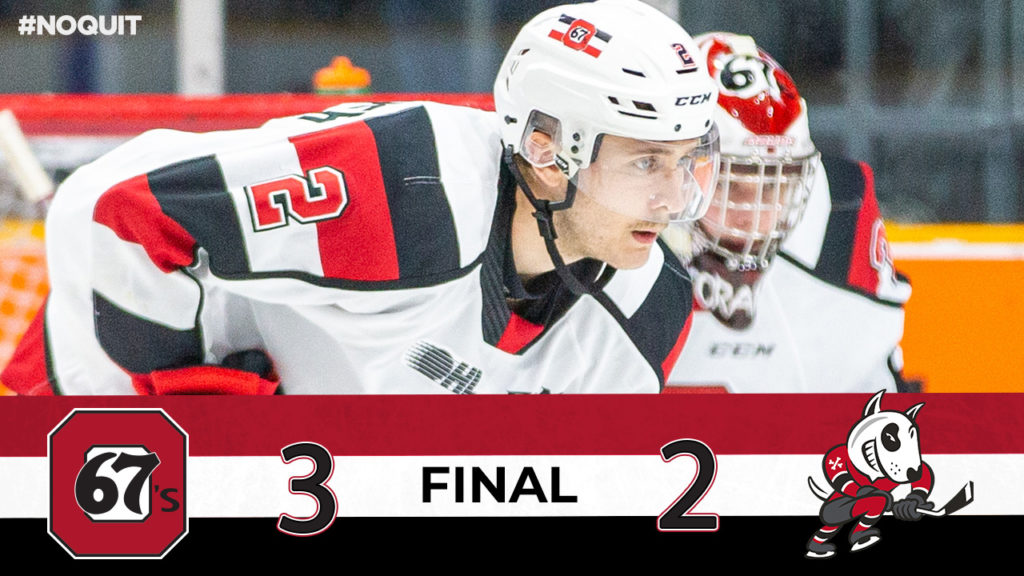 The Ottawa 67’s picked up their seventh consecutive win on Thursday night when they visited the Niagara IceDogs, defeating them by a score of 3-2. This was Ottawa’s first game of a sequence that will see them play three games in four days. Daylon Groulx, Jack Quinn an Noel Hoefenmayer were the goal scorers for the Barber Poles. Will Cranley made 20 saves, adding another win to his record.

Daylon Groulx opened the scoring early on in the first, as the fourth line made their presence felt in the opening frame. Groulx scored just about two minutes into the game with what ended up being the period’s lone goal.

The second only saw one goal as well, but this time, it was the IceDogs who got on the board, tying the game and keeping it that way until the intermission thanks to Jackson Doherty’s goal. After forty minutes, Ottawa had outshot their opponent 28 to 17.

The 67’s offense got going in the final frame, as Jack Quinn found the back of the net for a league leading 38th time this season, finishing off a nice play by Mitch Hoelscher who had caused the turnover. Just over two minutes later, Noel Hoefenmayer took advantage of a nice passing play set up by Quinn and Marco Rossi, as he let go an absolute missile in the back of the net, giving the visitors a 3-1 edge. Niagara’s Cameron Butler gave his team hope with under five minutes to go, but it was too little too late, as Ottawa now collected their seventh win in a row.

The Barber Poles will look to keep their streak going as well as go two for two on the road in their back to back, as they’ll be visiting the Hamilton Bulldogs as soon as Friday night at 7:00 PM, before they come back home to their home fans on Sunday afternoon, when they’ll be facing the Soo Greyhounds at 2:00 PM inside The Arena at TD Place.

GAME NOTES
After allowing a goal early in the second period, Will Cranley saw his long sequence without allowing a goal end at 159:36 minutes.
The Barber Poles have now won 24 of their last 25 games.
Ottawa heavily outshot their opponent in this one 45-22.
With a goal and an assist tonight, Noel Hoefenmayer now has 65 points in 44 games, which is an OHL and a CHL best for defensemen. 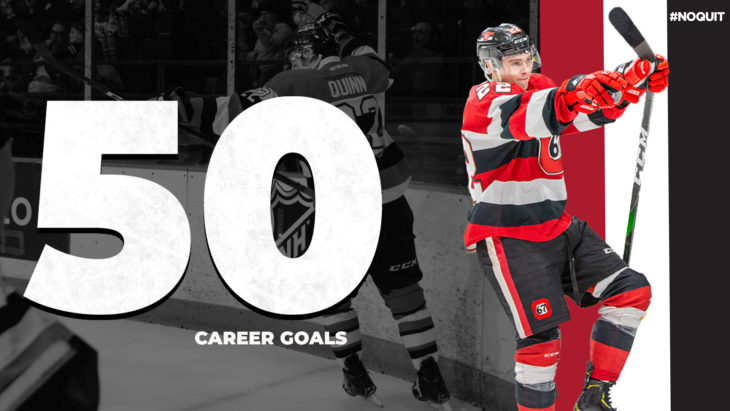