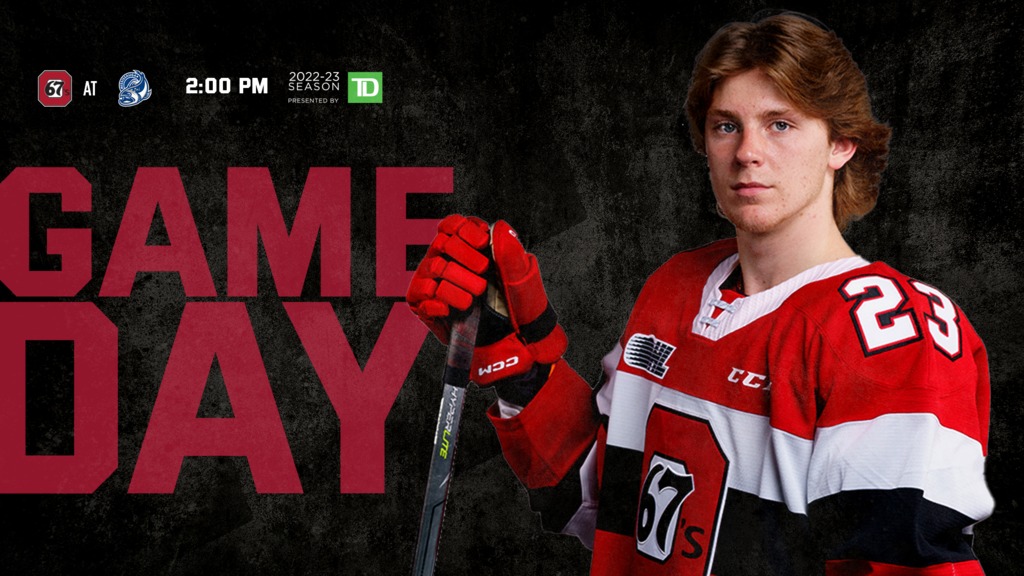 With eight consecutive wins under their belt, the Ottawa 67’s roll into their second game of three on the road, this weekend, with a Sunday afternoon visit to the Mississauga Steelheads. Puckdrop is set for 2:00pm, and fans can stream live on CHL TV, or hear Kenny Walls call the action on TSN 1200.

The Barber Poles kept their streak alive, Friday night, despite a late rally by the defending Robertson Cup champion Hamilton Bulldogs. Brad Gardiner, Luca Pinelli, Cam Tolnai, and Thomas Sirman gave Ottawa a 4-1 lead, but a pair of third period goals by Hamilton made it close. Nevertheless, Max Donoso’s 23-save performance was all Ottawa needed, and they skated off with a 4-3 victory.

Mississauga was also in action on Friday, and are looking to rebound after a 7-3 home defeat, at the hands of the Peterborough Petes. Zakary Lavoi, Brice Cooke, and Owen Beck scored for the Trout, while both Alessio Beglieri, and Ryerson Leenders saw action between the pipes, combining for 23 saves.

It’s the first of four meetings on the year between the 67’s and Steelheads. They met six times during the 2021-22 campaign; with Mississauga taking the first four, before Ottawa got the last laugh in the final two matchups.