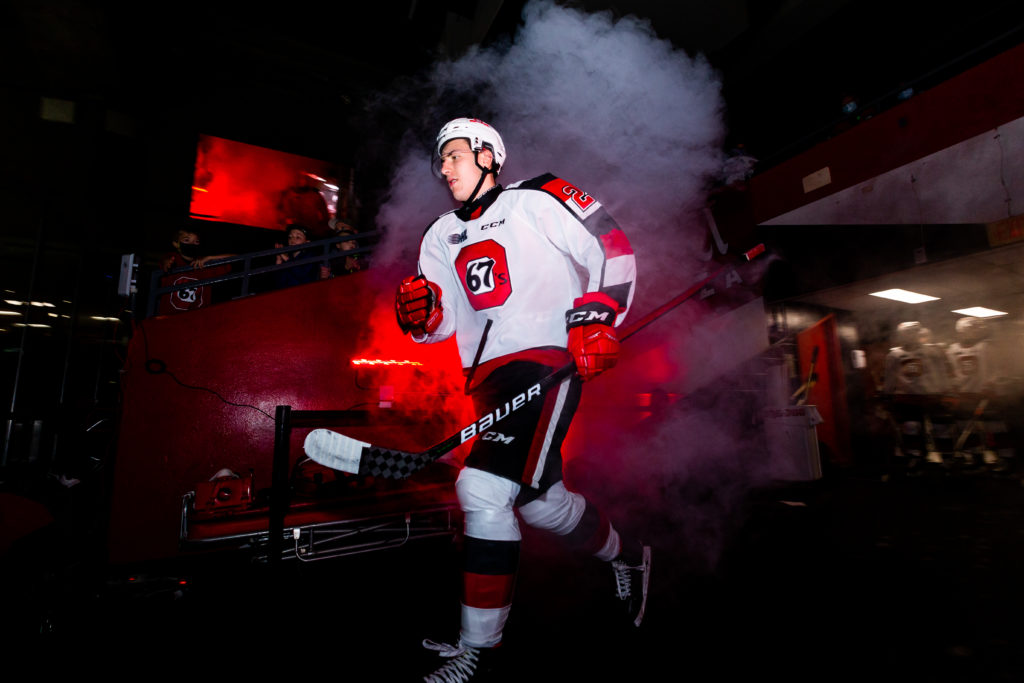 Fresh off of a thrilling season-opening road win vs the Oshawa Generals, the Ottawa 67’s get to suit up in their own home opener, Sunday afternoon, with the Eerie Otters in town for a 2:00pm puckdrop. Fans can watch live on Rogers TV, stream on CHL TV, or hear Kenny Walls call the action on TSN 1200.

With Western Conference foes in play for the first time since the 2019-20 season, this is Eerie’s first visit to The Arena at TD Place since January 5, 2020. A game in which the 67’s earned a 5-0 victory, capped off with a goal by Jack Beck.

In a wild, back-and-forth affair at the Tribute Communities Centre, Friday night, the 67’s came away with a 7-6 shootout victory. Luca Pinelli recorded his first OHL hat trick, with Vinzenz Rohrer notching a pair of assists, as well as the shootout winner. The other Ottawa goals came by way of Cam Tolnai, Jack Matier, and Brad Gardiner.

Eerie has already seen two games on the young season, and are still in search of their first win. They most recently fell 3-1 to the Frontenacs in Kingston on Friday, with former Peterborough Petes forward Sam Alfano scoring the only goal for the Otters. Goaltender Marshall Nicholls stopped 15 of 17 shots in the effort.