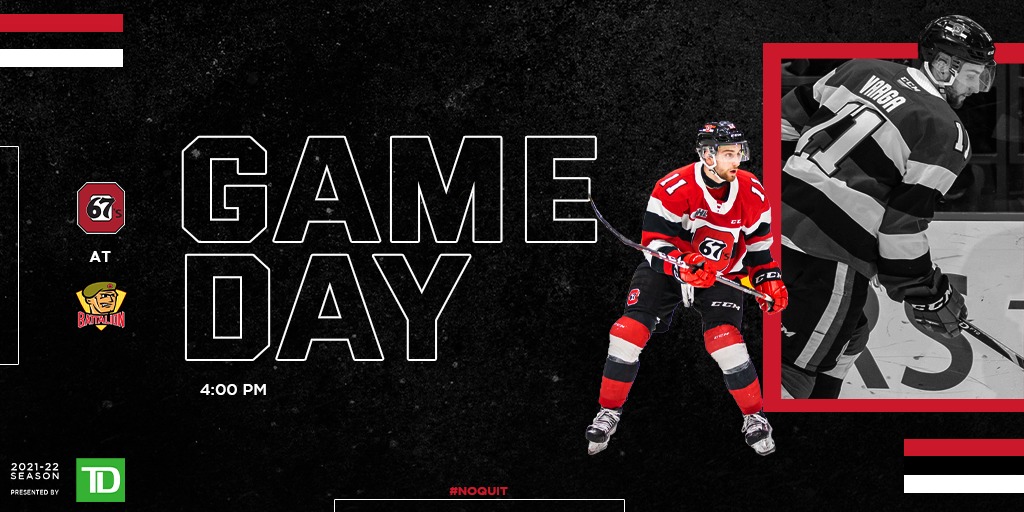 On the heels of a hard-fought, narrow defeat in their preseason home opener, the Ottawa 67’s get another crack at the North Bay Battalion. This time, the two teams face off from the North Bay Memorial Gardens, with a 4:00pm EDT puck drop.

Despite goals from Brady Stonehouse and Vsevolod Gaidamak, backed up by a solid performance from Max Donoso in net, the 67’s were edged by the Battalion in a game that ended by a score of 3-2. Alex Christopolous, Ty Nelson, and Kyle Jackson had the goals for North Bay.

Throughout the course of the game, Ottawa rallied from a 2-0 deficit to tie the score, and staged a furious rally in the dying minutes in an attempt to tie the game, after Jackson’s go-ahead goal. Despite controlling the final two periods of the game, the Barber Poles came up just short of the tying marker.

“In the second and third period, we were all over them, we just couldn’t find one.” said Stonehouse, “Playing here with fans back was a great feeling. It’s good to be back.”