Barber Poles Take Pair of Local Forwards in U18 Draft 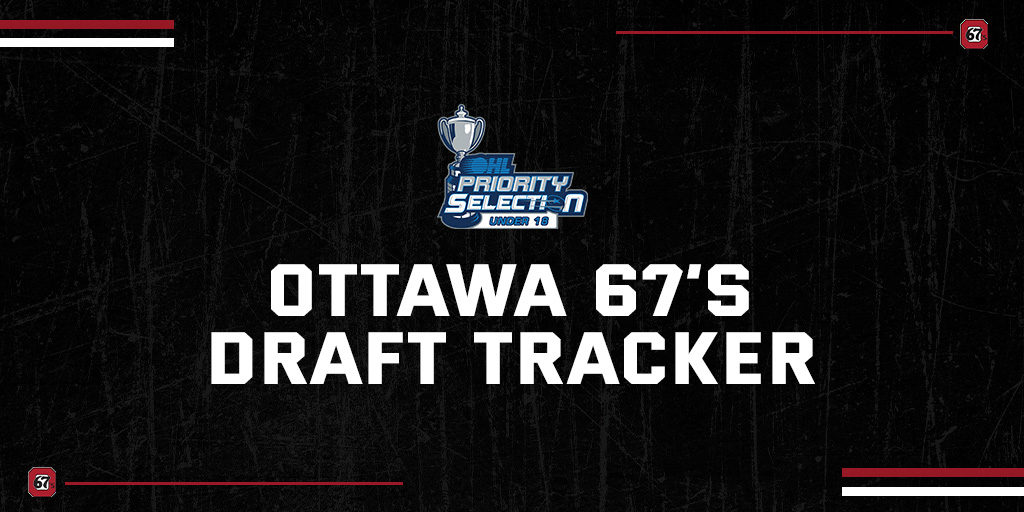 With their two picks in the 2022 Ontario Hockey League U18 Priority Selection, the Ottawa 67’s drafting forward Luka Benoit in the first round, seventh overall, and forward Jesse Lumdsden in second round, 27th overall.

A native of Nepean, Benoit scored 24 goals and 31 assists, for 55 points in 32 games with the Nepean Raiders U18 AAA program, this season. He also appeared in nine games with the Raiders’ CCHL squad, scoring three goals.

Lumsden, hails from Smiths Falls, Ontario and suited up with his hometown Bears U18 AAA squad for the 2021-22 campaign. He scored 14 goals and 18 assists, for 32 points in 31 games, also making an appearance with the CCHL Bears.

The 67’s open their 2022 Development Camp tomorrow, with the annual Top Prospects game scheduled for Saturday, May 7, at 2:30pm ET.