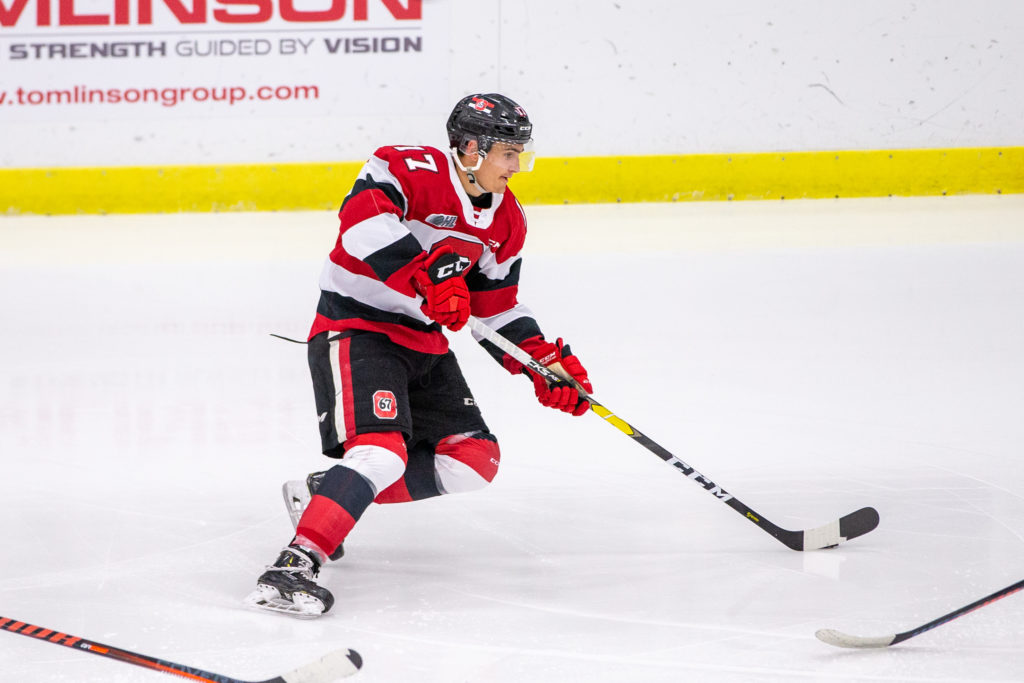 After winning their opening pre-season game 1-0 over the Gatineau Olympiques a few days earlier, the Ottawa 67’s scored no less than eight goals against the Sudbury Wolves, in a game that ended 8-2 for the Barber Poles.

Graeme Clarke and Marco Rossi both picked up a pair of goals, while rookie Jack Beck had a goal and two assists.  JP Tourigny made 29 saves to earn himself the win.

Clarke and Rossi combined their efforts early in the first period, when Clarke opened the score just under two minutes in. The New Jersey Devils prospect made it 2-0 just about two more minutes later.  Afterwards, it took about two and a half minutes for Rossi to find the back of the net, making it 3-0 after only 6:30 played in the game.  Rossi went on to add his second halfway through the second period.

An onslaught of goals then came for the Barber Poles following a strong first period, with Cameron Tolnai, Jack Beck, Mitchell Hoelscher and Jack Quinn all adding goals for Ottawa, taking their total to eight goals.  Chase Stillman and Macauley Carson were the two lone goal scorers for Sudbury.

The 67’s will once again hit the ice on Monday for their third pre-season contest, in Cornwall, where they may get a first look at 2019 OHL Priority Selection Draft first overall pick and exceptional status player Shane Wright, if he is in fact inserted in the Frontenac’s lineup.