Barlas Set for Rookie Season With his Hometown 67’s 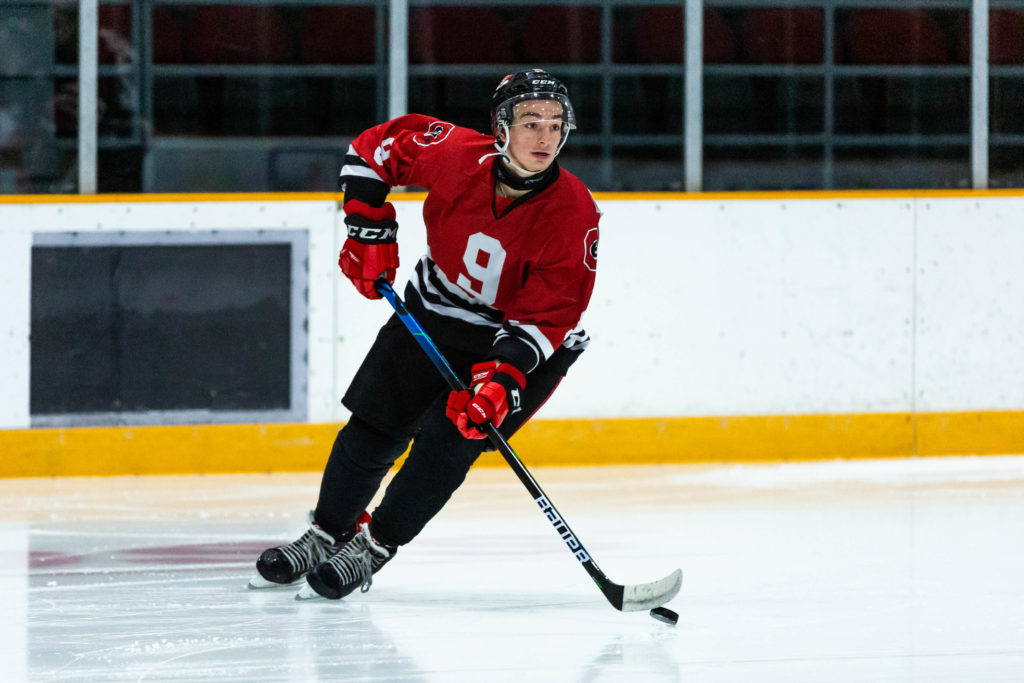 Just as it did for everyone, the COVID-19 pandemic made 2020 something of a strange year for Ottawa 67’s forward Chris Barlas. Suiting up for the Navan Grads U-18 AAA squad, it was a strange season of no-contact hockey, and uncertainty, not helped by the fact that the Ottawa native was heading into his OHL draft year.

“We only played like 15 games during the whole season,” said Barlas, “It was just some scrimmages here and there.”

With his eyes set on the 2021 OHL Priority Selection, Barlas took it upon himself to rise to the challenge, and round out the more intangible points of his highly-skilled game. He had scored 51 points through 29 games with the Ottawa Jr. 67’s in a shortened 2020 season, but by Barlas’ own admission, there were things he needed to work on ahead of his draft year.

“I think just my mentality had to get a little higher. I needed to work on my work ethic in practice for sure,” he said, “I think that’s helped me now with the practices here, and the games. That’s what I worked on to get ready for the draft.”

Scouts took note of the development of these habits, and when draft day came on June 5, 2021, Barlas didn’t have to wait long to hear his name called. He also wouldn’t be going very far from home. The 16 year-old was selected 12th overall by the Barber Poles, affording him the opportunity to continue his playing career in his hometown: an exceedingly rare privilege among junior hockey players.

“It’s unbelievable, honestly. It was pretty surreal getting drafted by the hometown team, no one really experiences that during their careers,” said Barlas, “I’ve been lucky enough to get drafted by such a good organization as well, it’s been great so far.”

Well-acquainted with the history of the 67’s, having attended many a game as a fan growing up, Barlas has fond memories of The Arena at TD Place. Getting to pull on the same jersey as his idols in Jack Quinn, Marco Rossi, and Austen Keating – whose number now belongs to Barlas – is a dream come true for the local product, as he looks to carve out his own legacy in Ottawa. That said, this is a new 67’s team from the one that appeared primed for a Memorial Cup push in 2020, and with the aforementioned stars gone, a new era of hockey is brewing in the nation’s capital.

It starts with a new head coach, in the legendary Dave Cameron.

“He knows pretty much everything there is to know about hockey, he’s been around the game for so long, and just learning from him has been great,” Barlas said of his new bench boss, “He’s such a good communicator. His practices are high-pace, I really love it. He’s been great so far.”

While the team’s goals remain the same, there’s no denying that this young Barber Poles team is in something of a different place as their predecessors. Cameron has spoken about the need for patience with a fresh-faced group after an unprecedented layoff, and it’s a message that the players have relayed themselves as they make preparations for the 2021 OHL regular season. Barlas is no exception.

“I think right now we’re just trying go with the flow and just see how things go. But I think one day we’ll reach those expectations that the that 2019-2020 team had,” he said, “I think if we all grow together, we’ll end up doing great things.”

For 67’s fans unfamiliar with Barlas, he best describes himself as a playmaking two-way centre, who prides himself on his hockey IQ. If they’re excited about seeing their first-round pick in person this season, they should know that the feeling is mutual.