The Battle of the Bitten Brothers 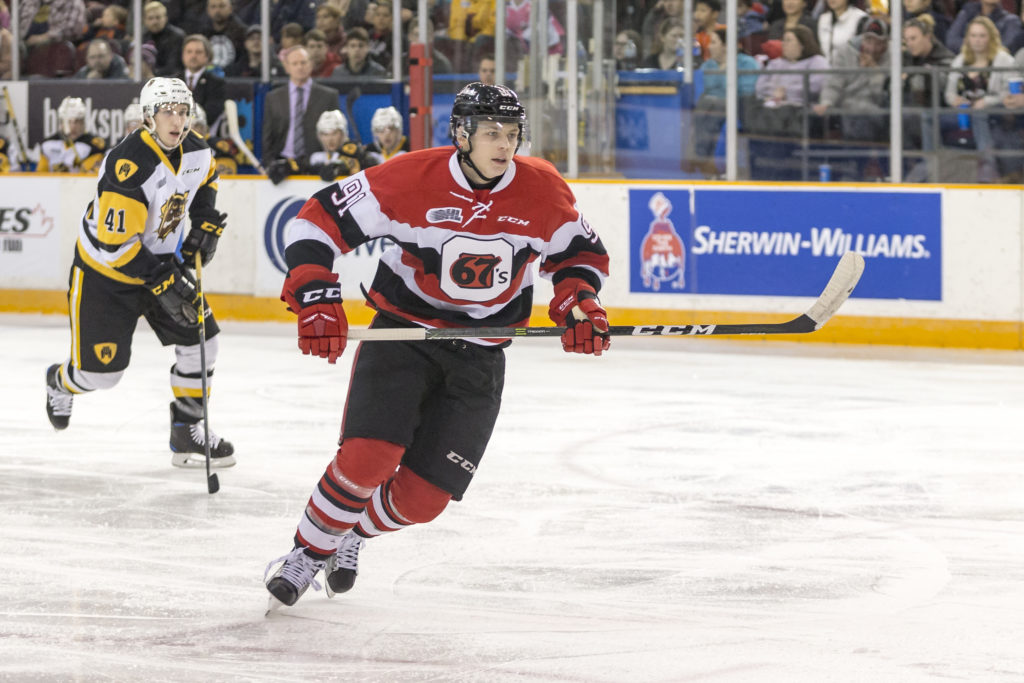 The boys are coming back to the faithful fans at the Arena at TD Place this Tuesday with an even playoff series and a spring in their steps.

After dropping Game 1 of their first round series against the Hamilton Bulldogs, 6-3, the Ottawa 67’s put on a performance in Game 2 that saw them come out and grab the win by a score of 5-4.

The story line for a couple of players goes beyond the first-place seed playing the eighth-seed. For some players it may be their last rodeo in junior hockey and for others, it’s a chance to go head-to-head against your brother in your hometown.

Gloucester natives Sam Bitten (Ottawa 67’s) and Will Bitten (Hamilton Bulldogs) are front and centre for their respective teams as each tries to move on from the first round.

So far in Game 1 and Game 2, it’s been younger brother Sam leading the charge. He’s posted a goal in both games but none have been as crucial as his Game 2 game-winner in the final minutes of the third period. Will, meanwhile has scored once in the seires.

Here’s a look into the Bitten brothers and what you should expect from them for Game 3 and Game 4:

Growing up in the Ottawa area while playing the majority of his minor hockey with the Ottawa Jr. 67’s AAA, Sam was fittingly drafted by the 67’s in the 5th round (92nd overall) of the 2016 Priority Selection draft. The less experienced Bitten brother had a respectful first full season with his junior club posting 21 points (7 goals, 14 assists) in all 68 regular season games.

As a former 1st round selection (7th overall) of the Plymouth Whalers back in 2014, the elder Bitten brother, Will, has had a remarkable stint in the OHL and his hard-work has paid off. This season he posted 64 points (20 goals, 44 assists) in 62 games which add to his career total of 217 points (88 goals, 129 assists) in 257 games. At the 2016 NHL Entry Draft, the Montreal Canadiens selected Will in the 3rd round (70th overall) and he recently signed his entry level NHL deal.

In the five games the 67’s have played the Bulldogs during the regular season, Will Bitten has been a key offensive contributor, posting 9 points (4 goals, 5 assists) in those games. Samuel has had a presence in different situations during these matchups but only saw the scoresheet once (1 assist).

Both brothers will not only be playing for their club but will be in sibling rivalry throughout the entire series. Watch out for a little extra shove or a little extra grit in the corners because even if they’re brothers, on the ice they’re rivals first and foremost.