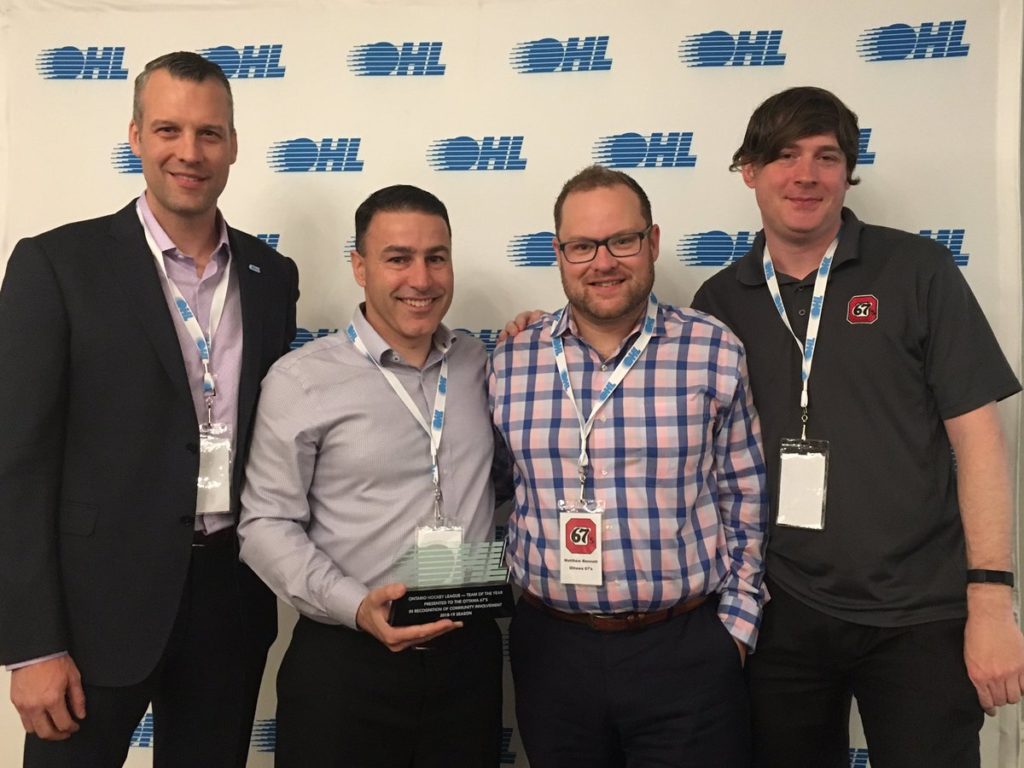 The Ottawa 67’s were awarded the OHL’s Inaugural Community Involvement award last week at the 2018-19 OHL Awards Ceremony.  The Barber Poles were given this incredible honour based on all the hours they dedicated to their community, whether it be spending time in elementary schools and inspiring kids, or helping out the people who were struggling with flood relief. The 67’s were not only stars on the ice, but most importantly were considered role models and had a positive impact in their community throughout the season.

Inaugural recipients of the #OHL Community Involvement Award as presented by VP of Development @jbirch_recruits at the commencement of the league’s annual meetings. pic.twitter.com/T671TCt9m0

Also, at the same event (but announced during the post season) two other 67’s members were acknowledged. Congrats Coach Tourigny and Sasha on winning the following:

Matt Leyden Trophy for Coach of the Year accepted by @Ottawa67sHockey GM James Boyd on behalf of @BearTourigny.

If you feel like joining us inside The Arena at TD Place for a 67’s game this year, here is some info for you: Packages for the 2019-2020 season are already available, you get to pick between Club 67’s – our season seat membership program, 67’s PLUS – a ticket subscription service for only $30 a month, or Flex Packs.  Any way you slice it, we look forward to hosting you!