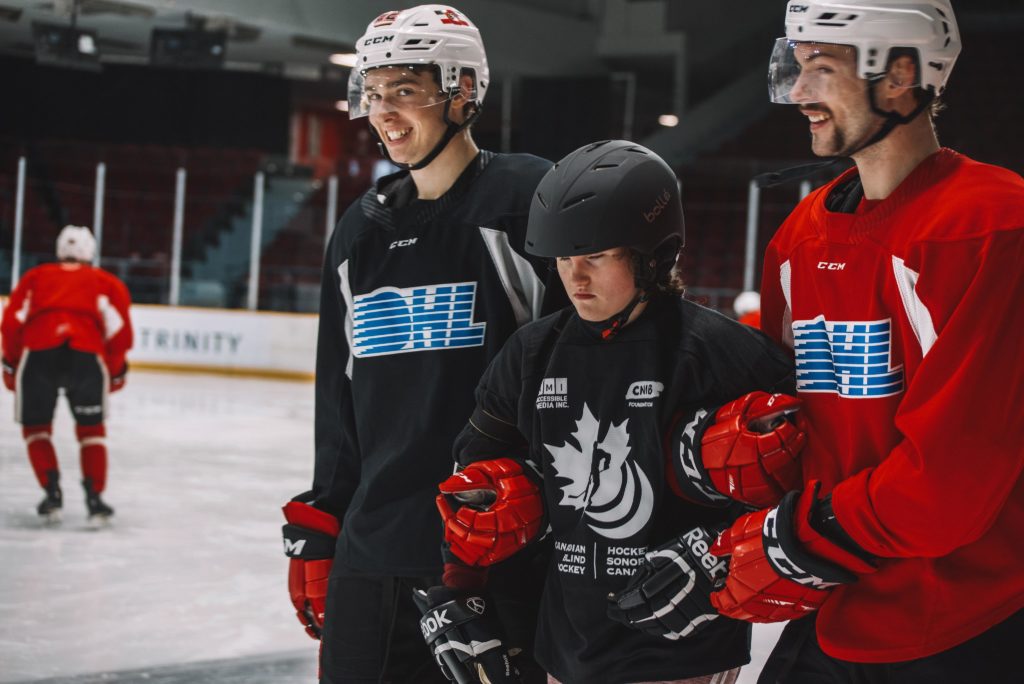 The Ottawa 67’s, OSEG Foundation and Canadian Blind Hockey Association teamed up to celebrate Hockey for the visually impaired and grow this unique brand of our game. 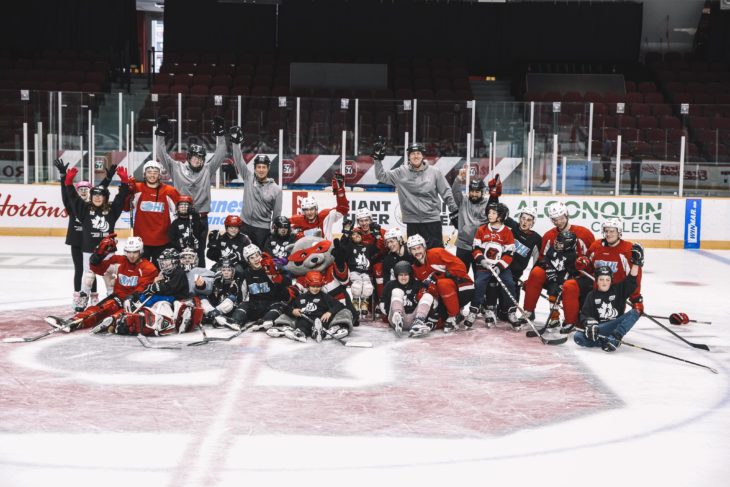 Ottawa 67’s players spent time skating and practicing Blind Hockey with several visually impaired youth from across the city. Both the kids and our players had a great time learning from each other.

Today we had kids from the Ottawa District School Board who are blind & partially sighted skate with the guys.

Thanks for letting us be a part of this day. @CDNBlindHockey🏒❤️ pic.twitter.com/EWpGqusT3X

Today was a huge success thank you to the @Ottawa67sHockey for making today possible. The 67’s hosted students who are blind and partially sighted from the Ottawa District School Board for our “Learn to Skate and Try Blind Hockey” program field trip day. #NOQUIT pic.twitter.com/xCIXoLXARz

The parasport of Blind Hockey is a variation of ice hockey for athletes who are blind or partially sighted. The sport uses some modified rules and equipment, most notably the adapted puck that makes noise and is larger than a traditional puck.
The Arena at TD Place hosted the 2nd Annual International Blind Hockey Championships. Team Canada lead by Ottawa’s Kelly Serbu took home the title for the second year in a row.

OSEG Foundation’s continues to meet its mandate of getting more kids off the sidelines and into the game and were proud to contribute $17,000 toward Blind Hockey Canada in their efforts to engage more visually impaired youth to participate in hockey. 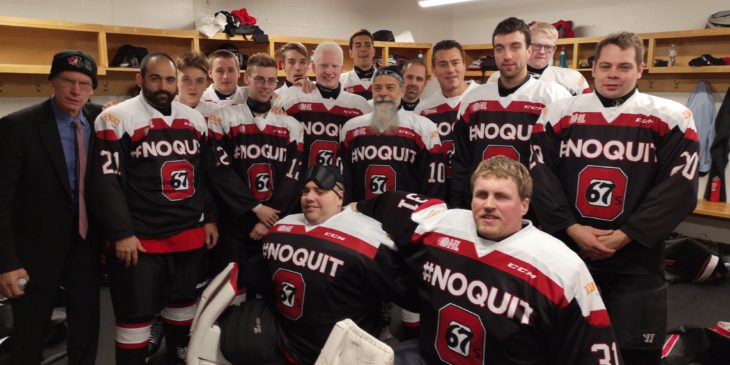 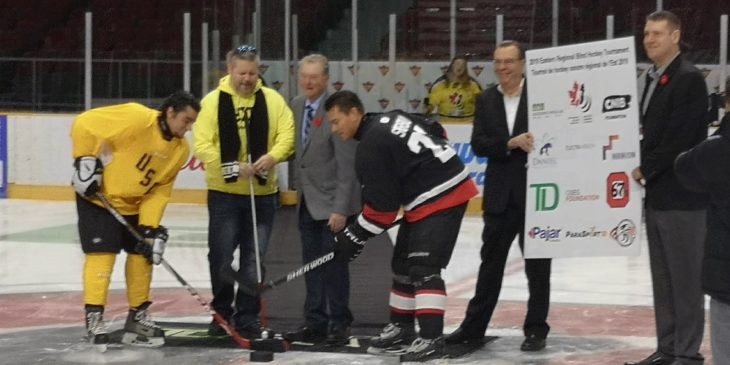 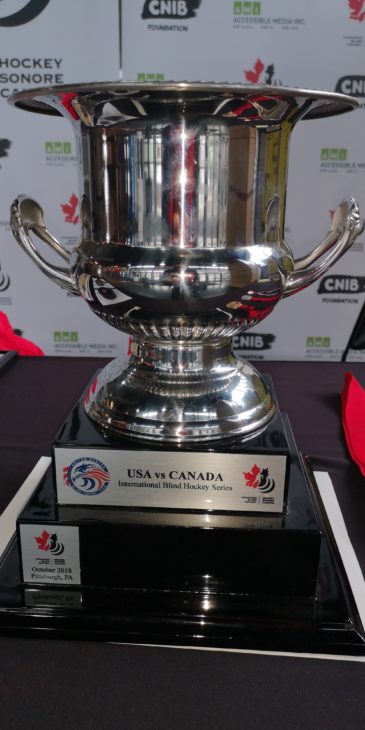