Chmelevski: I want to show the younger ones the way 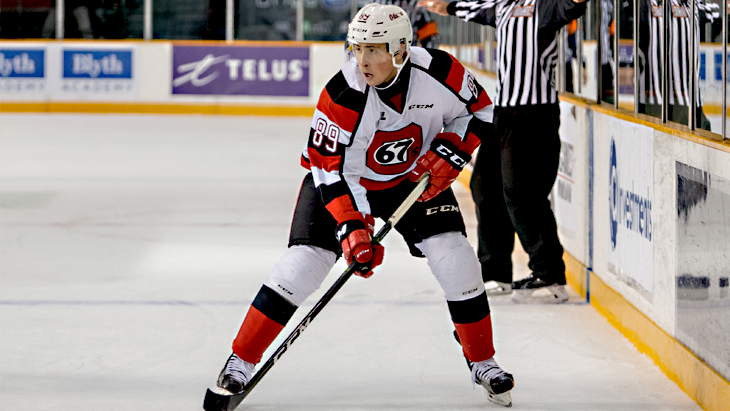 Sasha Chmelevski can’t contain his excitement as he shares his feelings on being drafted by the San Jose Sharks, his expectations for the upcoming season and his thoughts on the 67’s 50th Anniversary.

Watch the video below to find out more.

Over the course of the 2017-18 season, the 67’s will pay homage to each decade of their historic past in respect to their 50th Anniversary. The 50 years of hockey history will be commemorated through a legacy project inside The Arena at TD Place paying tribute to Brian Kilrea and the past, present and future of 67’s hockey. Tickets for the 2017-18 season are on sale now.

For more information, see article on the 50th Anniversary Announcement

How to purchase tickets:

Fans are asked to visit ottawa67s.com/2017-2018-new-season-tickets  to purchase season-seat packages or in person at the Box Office. For more information on tickets, fans can call a 67’s account representative at 613.232.6767 X1 Option 2.