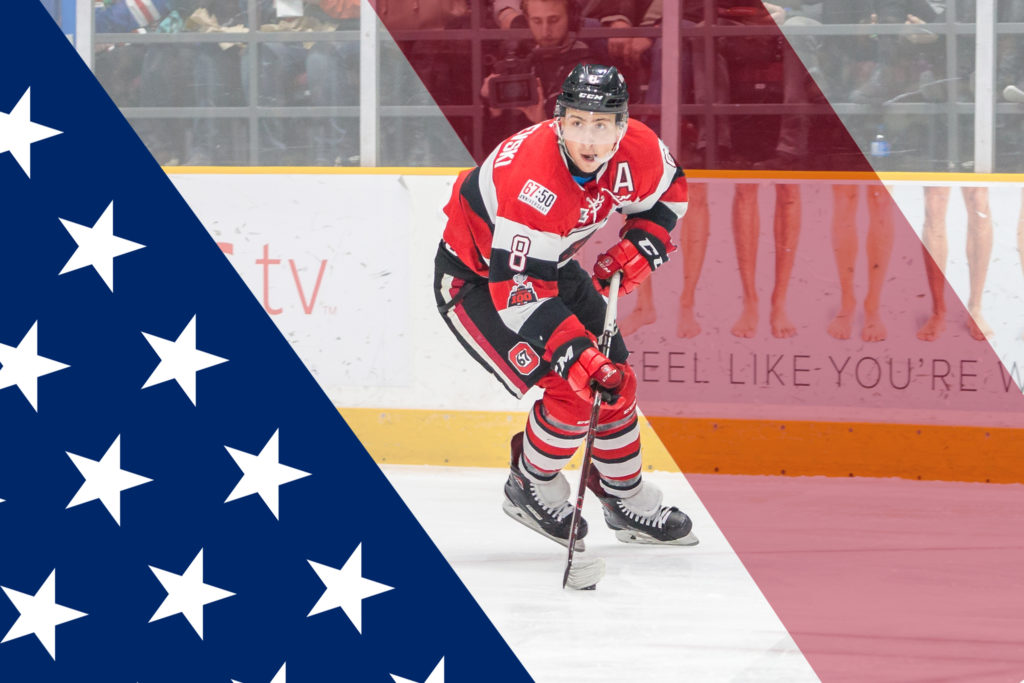 USA Hockey announced today the 42 players that have been invited to the 2018 World Junior Summer Showcase that will be held from July 28-Aug. 4 in Kamloops, British Columbia, at the Sandman Centre. The players will audition for a spot on the U.S. National Junior Team that will take part in the 2019 International Ice Hockey Federation World Junior Championship, Dec. 26, 2018, through Jan. 5, 2019, in Vancouver and Victoria, British Columbia.

67’s sniper Sasha Chmelevski was one of the players named. Sasha will enter the tournament off a career year in the OHL and his professional hockey debut that saw the centreman tally three goals and an assist in six games with San Jose Barracuda, the AHL affiliate of the San Jose Sharks.

Chmelevski has previously represented the United States on four separate occasions. This will make it his fifth time dawning the stars and stripes.

His first time representing USA was during his OHL rookie year when Chemelevski  played in the World Under-17 Hockey Challenge where he scored two goals and three assists in six games. He followed it up the following year playing a couple games for the U-18 national team. Sasha also played four games at the Ivan Hlinka Memorial Tournament where he exploded for nine points, averaging more than two per game. Last year Sasha participated in the World Junior Showcase, making this year his second time at the event.