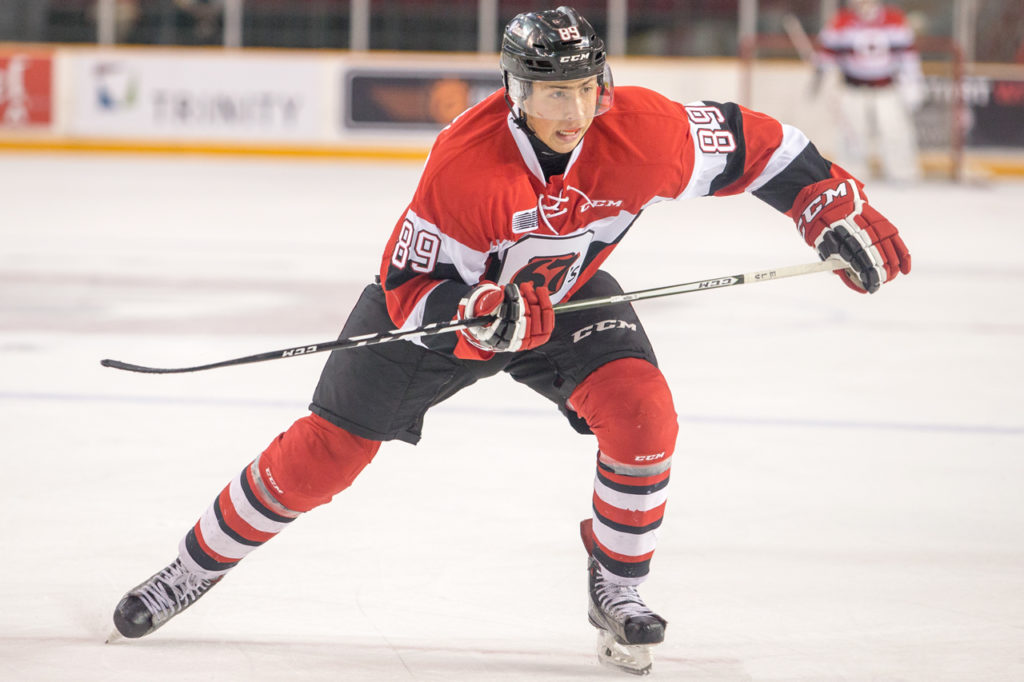 As July transitions into August, 32 OHL players are headed to Plymouth, Michigan to represent their country at the 2017 World Junior Summer Showcase, a testing ground for the 2018 IIHF World Junior Hockey Championship in December.

A total of 20 OHL players are representing Canada in the six team showcase that includes two squads from both Canada and the United States as well as Scandinavian rivals in Finland and Sweden.

The event serves as an audition for players seeking to represent their country at the 2018 IIHF World Junior Hockey Championship in Buffalo, New York from December 26, 2017 to January 5, 2018.

While game action gets underway on Saturday between the United States, Finland and Sweden, Canada’s schedule doesn’t get started until Tuesday following practices on Sunday and Monday at USA Hockey Arena.

In total, 116 of the 144 players set to take part in the week-long showcase have been drafted or signed by an NHL club, including 65 who were first or second round selections.

The final three days of the showcase will be televised on TSN and NHL Network beginning on Wed., Aug. 2, with Canada-Finland at 1 p.m. ET and USA-Sweden at 4 p.m., while on Fri., Aug. 4, fans will see Sweden vs. Canada at 1 p.m. and Finland vs. USA at 4 p.m. TSN and NHL Network’s coverage concludes with two of the biggest rivalry games in the sport on Sat., Aug. 5, with Sweden facing Finland at 4 p.m., and USA taking on Canada at 7 p.m.

In addition, HockeyTV will provide live streaming coverage of the first three days of competition – six games total – including a pair of U.S.-Canada split-squad matchups on Tues., Aug. 1.

^won silver with Canada at the 2017 World Juniors