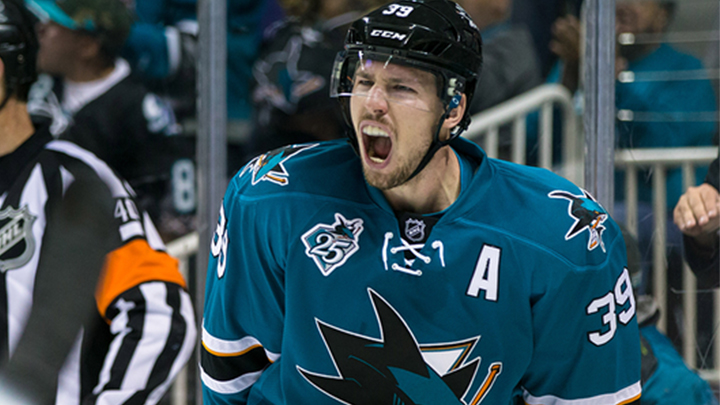 Many Ottawa 67’s alumni have moved on to acclaimed NHL careers and find their named etched on Lord Stanley’s Cup. From Dennis Potvin to Gary Roberts who won Cups in the eighties to Nick Boyton, Brian Campbell and Bryan Bickell who all have won with the Blackhawks to Tyler Toffoli who hoisted the Cup with LA in 2014.

Starting Monday, another for Ottawa 67’s player will take aim at engraving his name in NHL history – Logan Couture.

The former 67’s captain have evolved from a top NHL prospect into one of the leaders on the Sharks, not to mention the current leading scorer in the 2016 NHL playoffs.

In 18 playoff games – as the Sharks beat the Los Angeles Kings in five games, the Nashville Predators in seven games and the St. Louis Blues in five games – Couture recorded 24 points (8 goals, 16 assists).

When the puck drops on Game 1 Monday night in Pittsburg against Sidney Crosby and his Penguins, Couture will be experiencing – alongside several of his teammates, like Joe Thornton and Patrick Marleau – his first Stanley Cup Final.

Couture’s numbers speak for themselves in this year’s post-season action, as the Guelph, Ontario native has been kept off the score sheet only four times in 18 games. Not only that, but in the previous round against the Preds, Couture broke Igor Larionov’s 22-year-old single-series franchise record with 11 points the seven-game series.

Last season, for the first time in 11 years – since he was 14 years old – Couture didn’t experience playoff hockey as the Sharks were unable to qualify for the post-season tournament. Prior to the 2014-15 campaign, Couture had even made the playoffs while in minor hockey with the London Junior Knights and St. Thomas Stars.

He then continued that tradition throughout his time with the Ottawa 67’s, as the six-foot-one centre had four memorable years of success in the Nation’s Capital with 287 points in 232 regular season games and 28 points in 11 playoff games.

In their 26-year franchise history, the San Jose Sharks have never played for the Stanley Cup, let alone win the thing. Expect a motivated and energized San Jose team when the puck drops on Monday night in Pittsburgh, not to mention a deafening SAP Centre for Game 3 when the series shifts to San Jose.

Go get your Cup Logan!