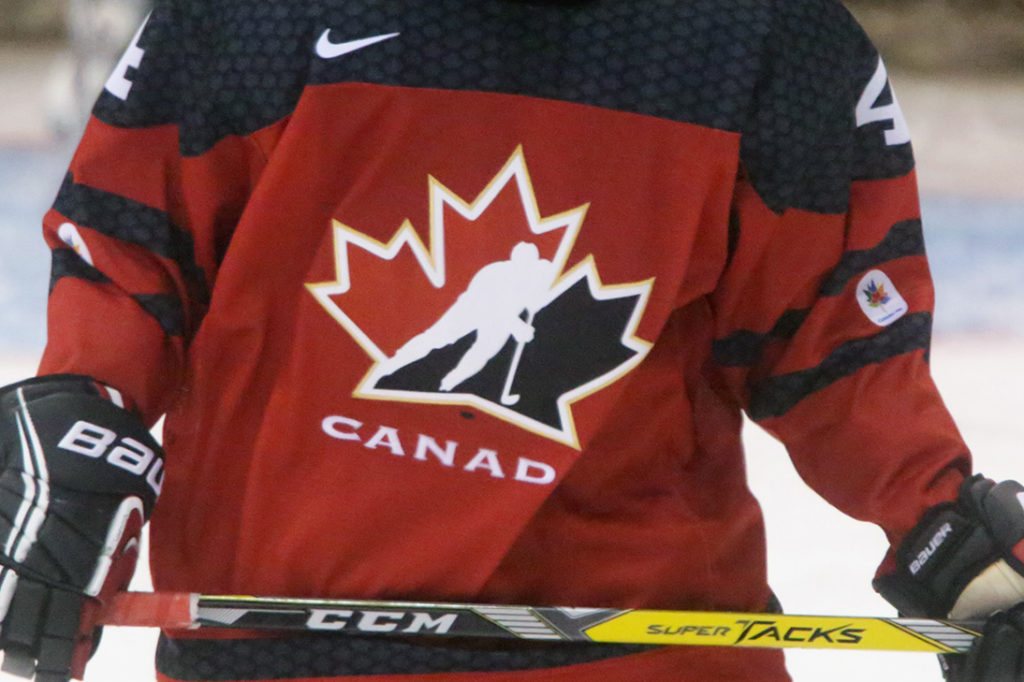 Hockey Canada released the names of all 111 players invited to participate in the national under-17 development camp. Of the 111 players, five are 2018 draft picks of the Ottawa 67’s. Three of which committed to the 67’s last week. The Barber Poles draft picks invited to the camp are as follows:

Will Cranley, second round pick, 35th overall is the only 67’s goalie prospect invited to the tournament*

Alec Belanger, third round 44th overall, the highest defenceman selected by the Barber Poles, led all D in scoring at the OHL Gold Cup.*

Matt Maggio, fifth round 86th overall, finished in the top three in scoring at the OHL Gold Cup.

The camp runs from July 21-27 and will be held at the Markin MacPhail Centre at WinSport’s Canada Olympic Park in Calgary. Best of luck to these young men!