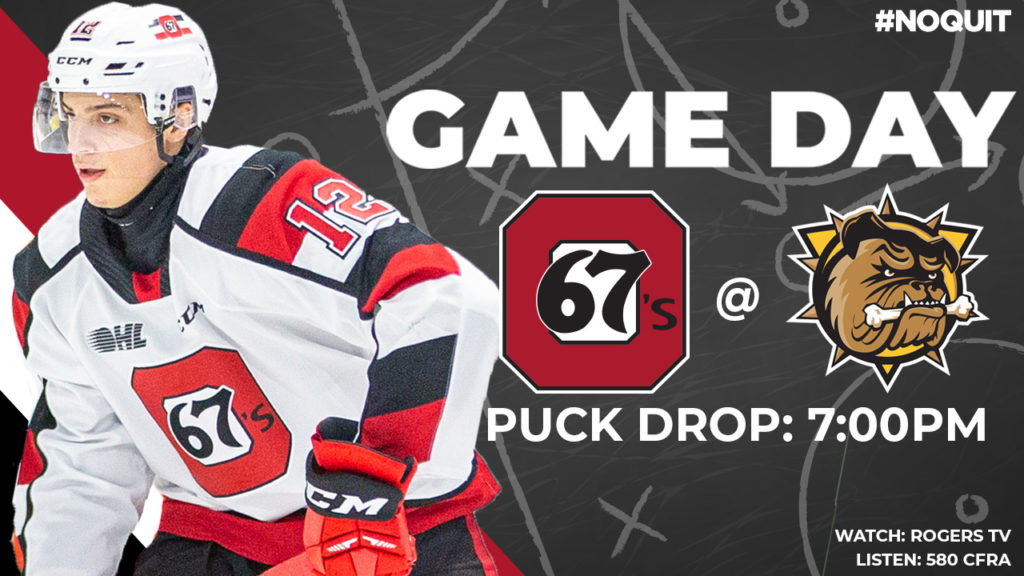 After stretching their six game winning streak to a nine game winning streak over the past week, following a successful three game sequence between Thursday and Sunday, the Ottawa 67’s will look to repeat what they did last week; which is to add three more wins to their impressive record.  Heading into a busy three in three weekend, kicking things off in Hamilton on Friday, before paying a visit to the Peterborough Petes and finally rounding out their busy weekend at home against the North Bay Battalion on Sunday afternoon.

Seventh in the OHL’s Eastern Conference, the Bulldogs have only won three of their last ten games, but if you took a look at their roster, you would think they’d be higher up there with the amount of talent they have.  Los Angeles Kings prospect Arthur Kaliyev has been scoring at an unreal pace, with 35 goals and 76 points in 43 games.  After their second-best producer, Jan Jenik, went down to injury at the World Juniors, the Bulldogs called upon the 20th overall pick in the 2019 CHL Import Draft, Jan Mysak, who’s been a great fit with them since coming in.  The 2020 Draft eligible has put up an impressive 7 goals and 9 points in eight games, on top of displaying his speed.  Last but not least, there could be a very familiar face in nets for Hamilton, not because he’d played for the Barber Poles before, but because Bulldogs goaltender Marco Costantini, is