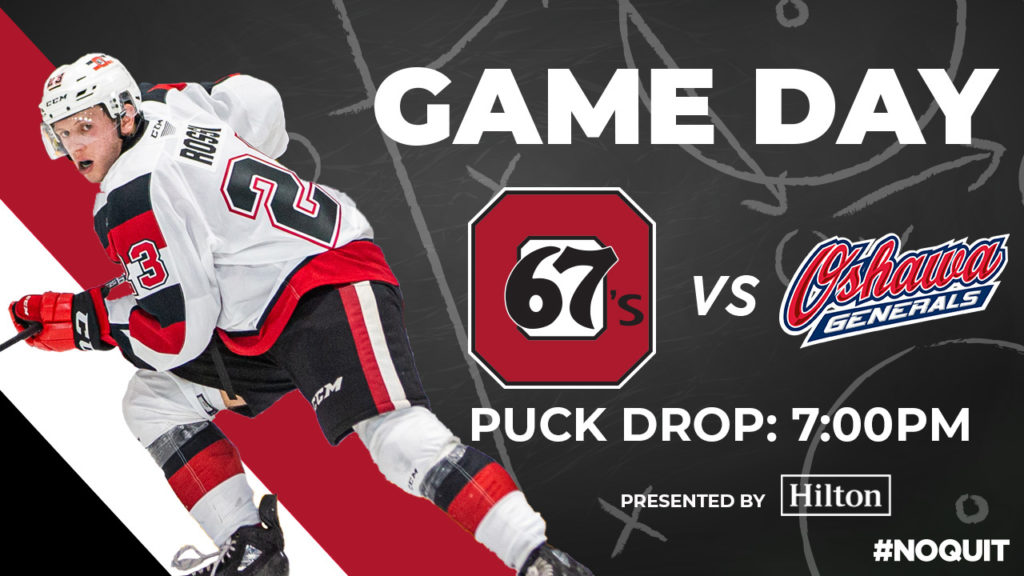 Having won their last six games and eight out of their last ten, the Ottawa 67’s have officially heated up after a decent start to the season.  The chemistry has now settled and the team is playing some great hockey at the moment, after scoring a total of 16 goals in only their last three games.  Players like Marco Rossi, Austen Keating, Joseph Garreffa and Noel Hoefenmayer have been absolute money in this start to the season and seem to progress more and more as the games go by.  With a solid 7-4 win in their last game against the Hamilton Bulldogs, the Barber Poles are now heading into a big weekend that will seem them play against the two top teams in the Eastern Conference, making these two games very important even though we are still early in the OHL calendar.

The Generals have piled up the most points in the OHL standings with 25 since the start of the season, but are followed closely by the Petes and the 67’s with 24 each.  This weekend could see another team take the reins in the standings for the first time this season since Oshawa started the year with nine consecutive wins.  Oshawa has now cooled down, having won six of their last ten, but still remain one of the top teams in the league and atop of the standings.  Depending on the results of these two 67’s games this weekend, we could very well see another team standing at number one in the OHL standings on Monday.

The top team in the OHL standings in this early start to the season, the Generals made it all the way to the Eastern Conference Finals last year, before being swept in four games by the Barber Poles.  Offensively, the Generals count on a lot of firepower, with overage forward Brett Neumann (24 points in 16 games), 2020 NHL Draft Eligible Tyler Tullio (19 points in 16 games), as well as Montreal Canadiens prospect Allan McShane (19 points in 16 games).  A player that has been struggling a little bit more is Ottawa native, Serron Noel, who only has 8 points in 11 games so far, after having an 81 point season last season.  In goal, the loss of Kyle Keyser was a big one for the Generals, but the duo of Zachary Paputsakis and Andrew MacLean have been doing a fine job in front of the Gen’s cage.