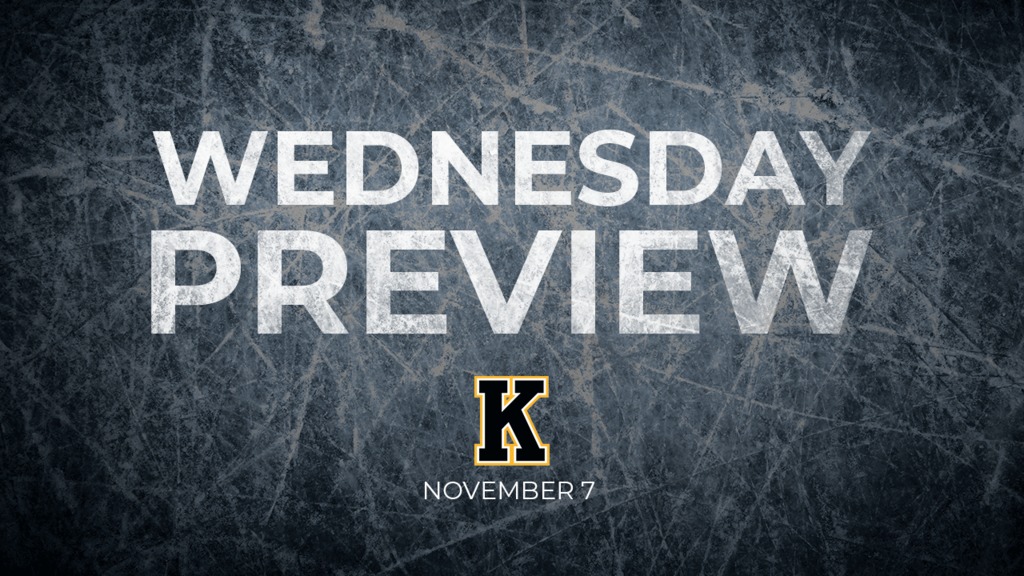 On a six-game winning streak, the Ottawa 67’s host the Kingston Frontenacs in the Arena at TD Place on Wednesday morning at 11 a.m. for the annual School Day Game.

Some 100 school buses full of schoolkids, with more arriving on foot, will pack the rink for this one in what is always one of the most exciting atmospheres of the year for both players and fans.

The 67’s have won nine out of their last 10 games are coming off a perfect road trip in which they won all three games, outscoring their opponents 16-6.  First in the overall OHL standings with a record of 15-3-1-0, the 67’s have separated themselves from the group, especially in the East, where they have a nine-point lead in the standings over Mississauga, Niagara and Peterborough.

Last week, two 67’s players were honored by the league when forward Marco Rossi was named the OHL’s Rookie of the Month, while goalie Cedrick Andree was named the league’s Goaltender of the Month.  Rossi has 21 points in 19 games so far this season and is taking no time to adapt to the North American style of play.  Andree had a perfect month of October, going 8-0-0-0 with a goals against average of 1.72 and a save percentage of .935%.  The Orleans native Andree now has a record of 13-2-0-0 on the season and has shown no signs of slowing down.

On top of this, the 67’s boast two players who are top five in league scoring, with Tye Felhaber putting up 31 points in 19 games so far and Austen Keating having 30 points to his tally this season.  Felhaber is fourth in scoring, while Keating is tied for fifth in the league.  Keating leads the OHL in assists with 23, while Felhaber is tied for the league lead in goals with 19.

After finishing second in the East Division with 81 points and losing in the third round of the playoffs last year, this start to the season has been a bit more difficult for the Frontenacs, who are currently last in the division. After acquiring the services of star players such as Gabriel Vilardi, Cliff Pu, Sean Day and Max Jones, none of these players are back with the team this season, all having made the jump to pro hockey.  The loss of Finnish forward Linus Nyman, who ended the season with 85 points last year, doesn’t help either.  The season, the Frontenacs are led by Dallas Stars’ second round pick in 2017 Jason Robertson, who has put up 16 goals in 19 games this year.  Having only won one out of their last five games, Kingston will be coming into town hungry for a win against one of their biggest rivals.  Last time these two teams played was on October 10th at TD Place, in a game where the 67’s defeated the visitors by a score of 4-1.  Tye Felhaber had three points in the win and Sasha Chmelevski scored his first of the season against the team that will be in town once again on Wednesday morning.

– Sam Bitten – After putting up only one point in his first 17 games this year, Bitten had himself a strong final two games of the road trip, combining for 4 points (1 goal, 3 assists) against Flint and Saginaw.

– Tye Felhaber and Austen Keating – Both playing on the same line with Marco Rossi since the start of October, Felhaber and Keating combined for 11 points in 3 games over the road trip.

– Clark-Chmelevski-Clarke line – With most of the 67’s offense coming from the Felhaber-Rossi-Keating line, the second line had a fine road trip for itself, especially in Saginaw and Flint, where the three combined for a total of 12 points in those two games.